National legalization of cannabis is now a reality − in Canada and Uruguay. Further south, we are still waiting, our hopes stoked by committed legislators who assure us that changes are coming soon.

Legislative-based legalization of cannabis takes time. For several years, New Jersey State Senator Nicholas P. Scutari (District 22 – Middlesex, Somerset and Union) has introduced and reintroduced bills to legalize recreational use, decriminalize possession and expand the number of medical cannabis dispensaries. It was commonly believed that votes on Scutari’s bills, including bills introduced in May 2017, March 2018 and June 2018, would be scheduled in September 2018. Sadly, no votes were scheduled. A new bill focused on decriminalization was introduced in October, but no votes have been scheduled.

Pennsylvania faces similar obstacles. At the time Pennsylvania’s Medical Marijuana Law was passed in April 2016, a prior cannabis decriminalization bill, originally introduced by State Senator Daylin Leach (Montgomery) in 2015, was passed over and eventually died in committee. Numerous state representatives, including Barry J. Jozwiak (Berks) and Jake Wheatley Jr. (Allegheny), took the lead in proposing cannabis legalization in March 2017 and September 2018. Again, no votes have been scheduled.

There are incentives for legislators to push bills through now. Pennsylvania and New Jersey have pro-cannabis governors who have expressed support for changes in cannabis laws. Also, it is believed that states legalizing recreational cannabis will generate greater marijuana sales, and more sales-tax revenue, at least until neighboring states follow suit.

But for some, there is a strong disincentive to legalize recreational or adult use marijuana. It is largely understood that companies holding dispensary and cultivation licenses in Pennsylvania and New Jersey have not yet recouped their initial capital investments. This has not curtailed the continued growth of medical marijuana.

In Pennsylvania, new dispensaries are opening, including two shops (Herbology and Cure Pennsylvania) opening in November 2018 in Philadelphia County. Pennsylvania also is expected to issue clinical registrant licenses in November, which would permit a certain amount of commercial sales as well as medical research studies.

In New Jersey, where cultivation and dispensing must occur at the same site, footprints are expanding as companies invest heavily in infrastructure improvements. New Jersey also is expected to award additional dispensary licenses in November, subject to New Jersey’s current medical marijuana laws.

Medical marijuana continues to attract investment. In October, cannabis retailer MedMen acquired PharmaCann, a company that holds cultivation and dispensary licenses in Pennsylvania and has recently applied for a dispensary license in New Jersey. CuraLeaf, a company with operations in 10 states, has applied for a clinical registrant license and plans to open six dispensaries and a cultivation facility, despite the denial of its earlier commercial license applications.

The cannabis companies currently operating in the medical-only New Jersey and Pennsylvania markets have a strong interest in maintaining their exclusive rights and position. While legalization would increase their potential customer base, it would likely increase their competition. These companies share an exclusive opportunity to establish brands, capture market share and attract investment. It can be assumed that legislators will seek to assure that these job creators flourish and that any changes to cannabis laws will ensure stability for existing investors. 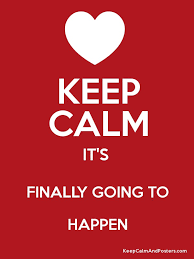