A Commonwealth Court judge on Wednesday allowed Pennsylvania medical marijuana companies to resume selling vapes that were taken off the shelves in February in a controversial recall.

“We are thrilled about this decision,” said Judith D. Cassel, an attorney for a group of cannabis companies that sued state regulators in February, alleging that the recall was unfounded.

“The vapes can go immediately back on the shelves and the grower processors can continue or commence producing these vapes,” said Cassel, a partner at Hawke McKeon & Sniscak LLP in Harrisburg.

The ruling is a blow to the Pennsylvania Department of Health, which in February mandated a massive recall and ban of 670 types of cannabis concentrates for vaping – 330,000 units – that they had previously approved for sale in Pennsylvania’s more than 150 marijuana dispensaries.

The move blindsided patients and an industry dominated by companies hyper-focused on broader legalization of marijuana. And regulators declined to explain the action beyond saying the medicines contained “added ingredients that have not been approved for inhalation” by the FDA.

Some of the companies affected by the recall formed an organization called Medical Marijuana Access & Patient Safety Inc. to fight the recall in Commonwealth Court. They said regulators exceeded their authority and that the recall was based on a de facto new regulation that was invalid because it didn’t go through proper channels before the health department put it into effect.

The next day, the health department filed a notice of appeal to the Pennsylvania Supreme Court, automatically staying the preliminary injunction. On Wednesday, Wojcik suspended that automatic stay, allowing the companies to resume selling the cannabis products. 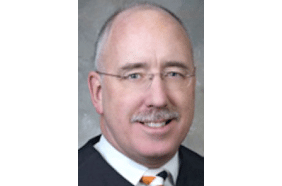