In 2016, Pennsylvania enacted its “Medical Marijuana Act” (MMA), which permits individuals suffering from certain conditions to use marijuana for medicinal use. Several provisions in the MMA impact employers. For instance, the MMA makes it unlawful for an employer to “discharge, threaten, refuse to hire or otherwise discriminate or retaliate against an employee regarding an employee’s compensation, terms, conditions, location or privileges solely on the basis of such employee’s status as an individual who is certified to use medical marijuana.” In other words, taking adverse action against an employee based solely on the individual’s status as a medical marijuana cardholder would likely be considered discrimination under the MMA.

The law does not, however, require employers to accommodate the use of medical marijuana at work or to “commit an act that would put the employer or any person acting on its behalf in violation of federal law.” The MMA also allows employers to take action against those who are “under the influence” of medical marijuana while at work. Specifically:

A separate section of the law addresses safety sensitive roles. Specifically, the MMA provides that qualifying patients may not “operate or be in physical control of any of the following while under the influence with a blood content of more than 10 ng/ml: (1) chemicals which require a permit issued by the federal government, state government, federal agency or state agency; or (2) high-voltage electricity or any other public utility.” Moreover, it also allows employers to prohibit employees from doing any of the following while under the influence of medical marijuana, regardless of whether the employees are in the workplace or their conduct falls below the standard of care for their position:

Many have wondered: what does it mean for an employee to be “under the influence” of marijuana? Notably, the law is silent as to whether an employer can rely upon a positive drug test as a reason for an adverse employment action in itself, or as evidence of impairment. And, while a manager or supervisor’s observations might be helpful, this doesn’t necessarily mean that the cause of impairment has been or even can be identified. Further, while drug tests might show recent marijuana use, they can’t definitively state the employee’s level of impairment at the time of the test. Hopefully, the Pennsylvania courts will answer these lingering questions.

And on that point, on December 2, 2019, a former worker at a city water and sewer authority filed a state court complaint against the authority alleging a claim for unlawful termination in violation of public policy after he was terminated for testing positive for marijuana during a random drug test. The plaintiff worked as a customer service representative and claimed to have suffered from post-traumatic stress disorder (PTSD). At the time he learned of the positive test result, he advised the authority that he had a valid medical marijuana card. He alleged that his termination violated public policy because he was never required to perform any of the safety sensitive duties set out in the MMA, described above. The crux of the plaintiff’s claim is that he was terminated “solely because he lawfully used medical marijuana to treat his PTSD outside the workplace.”

It remains to be seen whether this case might provide clarity as to what Pennsylvania employers can do when faced with an employee who tests positive for marijuana and claims to be a lawful medical marijuana user, but does not perform safety sensitive duties. As noted above, the MMA has separate sections that address an employer’s rights and responsibilities under the statute. That the plaintiff in the complaint alleges that he did not perform safety sensitive duties might not end the inquiry. We will continue to monitor this case and report any important developments.

In the meantime, Pennsylvania employers should consider reviewing their drug testing and other substance abuse policies to ensure compliance with the MMA and any other state medical marijuana law that applies to their workers. Given the recent trend of courts faulting employers for failing to comply with state disability discrimination laws, employers should also ensure they work with experienced employment counsel before taking any action against a medical marijuana user to determine whether and to what extent to engage in an interactive dialogue and consider reasonable accommodations for off-duty medical marijuana use. 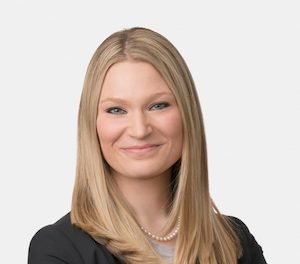