The legislation is intended to facilitate scientific research into cannabis and cannabidiol (CBD). Previously, the Schedule I status of cannabis has meant that medical research was subject to stringent regulation. Among other things, the law accelerates the process of government review of cannabis research permits, requiring the U.S. Department of Justice to conduct its initial review of applications for cannabis research permits within 60 days. That process currently takes a year or more. Additionally, the law creates a pathway for universities and other entities to manufacture, distribute, dispense, and possess cannabis for research.

We will continue to track the new law’s implementation.

Sen. John Hickenlooper (D-CO) formally filed the Preparing Regulators Effectively for a Post-Prohibition Adult-Use Regulated Environment Act (PREPARE) Act on December 1, 2022. Among other things, the bill would direct the attorney general to form a commission charged with developing federal regulatory frameworks in anticipation of legalization related to criminal law, financial services, research, and product safety. A bipartisan companion bill was filed in the House in April 2022, which was supported by Reps. Dave Joyce (R-OH), Hakeem Jeffries (D-NY), Barbara Lee (D-CA), and Brian Mast (R-FL), among others.

The proposed commission would be responsible for studying how federal and state regulatory models for alcohol might inform cannabis regulations, working with experts to design regulatory framework proposals, and presenting a report to Congress. According to the bill’s official summary, the commission would be charged with recommending regulatory frameworks that address “the disproportionate impact cannabis prohibition has had on minority, low-income, and veteran communities; encourage research and training access by medical professionals; encourage economic opportunity for individuals and small businesses; and develop protections for the hemp industry.”

Preparing regulatory frameworks for potential cannabis legalization is especially important given Dormant Commerce Clause concerns. As we’ve written before, the Dormant Commerce Clause is a constitutional provision that prohibits states from unfairly burdening interstate commerce. If (and increasingly when) interstate commerce in cannabis is opened up, regulators will be tasked with integrating new federal laws with existing state requirements. Ambiguity between state and federal authorities could result in frustration for the industry, regulators, and the public.

The bill’s prospects for passing in the current Congress are slim, given the lame-duck session. Nonetheless, the bill may be indicative of future regulatory efforts to prepare for the potential legalization of cannabis.

Rhode Island’s adult-use market opened on December 1, 2022. The state is the latest to legalize recreational personal use and retail sale of cannabis to people 21 or older, becoming the 19th in the country to do so. Several cannabis businesses were granted “hybrid business licenses” that allowed them to convert existing medical cannabis programs into adult-use sales. The proceeds from these hybrid licenses were deposited into a social equity fund. In a statement, Rhode Island Governor Dan McKee noted that the new adult-use sales represented “a win for our statewide economy and our strong, locally based cannabis supply chain.” 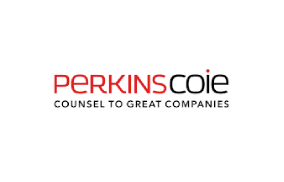