Podcast: NPR Celebrates What Would Have Been Timoty Leary’s 100th Birthday This Past Week

Psychologist Timothy Leary, who died in 1996, was the father of the psychedelic movement of the 1960s and its experiments with mind-altering drugs. In 1960, Leary joined the faculty of Harvard at the Center for Personality Research, where he analyzed the effects of psychedelics and personality.

As part of his research, he introduced L.S.D. and other psychedelic drugs to many, and also used them himself. Leary was eventually asked to leave the university, and later served time in jail on drug charges. We listen back to Terry Gross’ 1983 interview with Leary as well as our 1990 interview with spiritual leader Ram Dass, who joined Leary in some of his psychedelic experiments. And we’ll hear from journalist Michael Pollan whose 2018 book ‘How to Change Your Mind’ explored the therapeutic benefits of psychedelics. 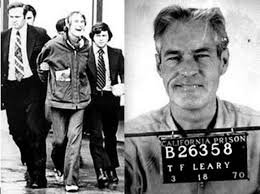