The battle lines are being drawn all the more sharply in Nigeria’s high-stakes cannabis reform war. The Governor of Ondo State is backing a Supreme Court bid to open the door to legalization while the Majority Leader of the House is trying to push through a law calling for harsher drug penalties.

It is all likely to come to a head in a legal flurry before the end of January 2021. Court papers are being prepared to constitutionally force the Federal Government into a reform process. This comes as the Abuja parliament prepares to pass draconian drug legislation that flies in the face of the United Nations attempts to decriminalize cannabis internationally.

Deep divisions coming to a head

Deep political divisions run through the Nigerian political establishment on how to deal with cannabis in the face of growing pressure for legalization both at home and throughout the rest of Africa.

Cannabis is illegal in Nigeria, even though Nigerians consume more of the substance than any other nation on earth and are major suppliers into the illicit world market.

The Global Cannabis Report estimates that 12% of Nigerians consume cannabis regularly, spending an estimated US$15.3 billion dollars a year!

Pitted against each other are two powerful politicians. In one corner of the battlefield is the Governor of Ondo State, Rotimi Akeredolu, a firm believer in the benefits of the cannabis economy, who has been campaigning for reform for years.

His arch-rival is the Majority Leader of the House, Alhassan Ado Doguwa, who wants stiffer penalties for those caught using or growing hemp or any other form of cannabis.  He has introduced the Indian Hemp Act (Amendment) Bill, 2020 (HB. 1081), which was first heard in the House on 20 October 2020 and is likely to come up for a further reading in Abuja towards the end of January 2021.

In the meantime Governor Akeredolu is sponsoring an activist grouping, the  Association of Legislative  Drafting and Advocacy (ALDRAP), which is to challenge a 2016 Supreme Court ruling , that if successful will open the door to partial legalization of cannabis.

Growing clamour for Nigeria to rethink its drug laws

The Hemp Association of Ghana (HAG) has expressed solidarity with the court bid which will see papers served on the Federal Government, the Attorney General and the National Drug Law Enforcement Agency and the Food and Drug Administration before the end of the month. 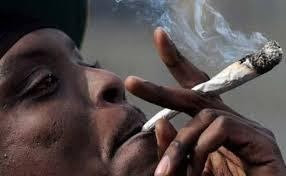 Former Nigerian president Olusegun Obasanjo has also thrown his weight in behind cannabis reform. He has publicly declared that the ‘War Against Drugs’ has failed and that drugs should be seen as a health issue rather than a criminal one.

Jail the vulnerable youth to save them from Indian hemp? C’mon this is 2021.

Despite Obasanjo’s public stance and the growing cannabis reform movement throughout Africa, hardliners like Doguwa are still beating the prohibition drum.

Speaking on the proposed legislation, Doguwa said the bill would curb the abuse of ‘Indian Hemp’ in the country.

He expressed optimism that the bill would be read for the second time in January, 2021 when the House resumes its plenary session.

“The Bill is still awaiting a second reading. It’s intended to curb the menace and social vices borne by sellers and users of Indian hemp amongst our vulnerable youths in the society” he said. 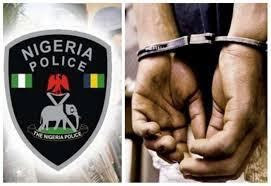 “Stiffer punishments would be provided. In some cases, imprisonment without an option to be able to eradicate it all in the country.”

“Apart from the moral and social vices, the health implication is yet another serious problem that we must agree to fight. It will be read the second time as we resume Insha Allah. It was delayed because of so many executive bills on my table that I needed to clear including the Money Bill”.

The supreme court ruling could have the effect of derailing the legislation, while the consequences of the Covid pandemic could also delay reform. But what is becoming clear is that legalization is firmly on the agenda in Nigeria, which would be Africa’s biggest legal market should the government have a change of mind. 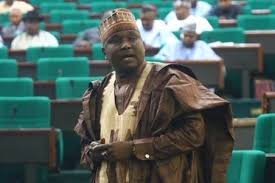