By making local officials the gatekeepers for million-dollar businesses, states created a breeding ground for bribery and favoritism. Writes Politico.

Here’s the introduction to their in depth article highlighting corruption in the sector starting with the Massachusetts narrative.

The son of Cape Verdean immigrants in the working-class Massachusetts port city of Fall River — famed as the home of Lizzie Borden — Correia was a home-grown prodigy. At 23, he was elected mayor, fielding congratulatory calls from Sen. Elizabeth Warren and Rep. Joe Kennedy.

That was in 2015. Four years later, just a week before his reelection race, federal agents ignominiously led him away from his home in handcuffs and charged him with attempting to extort cannabis companies of $600,000 in exchange for granting them lucrative licenses to sell weed in his impoverished city.

“Mayor Correia has engaged in an outrageous brazen campaign of corruption, which turned his job into a personal ATM,” declared U.S. Attorney Andrew Lelling during a press conference announcing the charges.

The downfall of Fall River’s young mayor wasn’t just a tragedy for the thousands of people who invested their hopes in him: It was emblematic of a rash of cannabis-related corruption across the nation, from Massachusetts to California to Arkansas and beyond.

In the past decade, 15 states have legalized a regulated marijuana market for adults over 21, and another 17 have legalized medical marijuana. But in their rush to limit the numbers of licensed vendors and give local municipalities control of where to locate dispensaries, they created something else: A market for local corruption.

Almost all the states that legalized pot either require the approval of local officials — as in Massachusetts — or impose a statewide limit on the number of licenses, chosen by a politically appointed oversight board, or both. These practices effectively put million-dollar decisions in the hands of relatively small-time political figures — the mayors and councilors of small towns and cities, along with the friends and supporters of politicians who appoint them to boards. And these strictures have given rise to the exact type of corruption that got Correia in trouble with federal prosecutors. They have also created a culture in which would-be cannabis entrepreneurs feel obliged to make large campaign contributions or hire politically connected lobbyists. 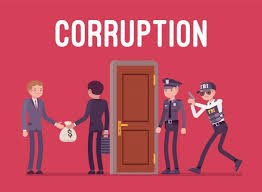