Here’s the introduction to this very well researched piece which reading between the lines suggests that Biden will deal with cannabis but in his own time and we’d suggest he thinks that regular current cannabis users aren’t considered reliable as administration “players”….

We wonder what the internal policies are on alcohol ?

Of the five who were fired, anonymous White House officials said at least three used harder drugs as well.

Other staffers have been told they had White House positions — including at least one that was publicly announced — only to have the offers withdrawn before they officially began working, according to people familiar with the matter.

And that’s just at the White House. Various departments and agencies within the Biden administration, which have their own rules around hiring, have also penalized applicants for past marijuana use.

“It’s dismaying to me that there’s so much work that needs to get done right now to build the country back, and yet eating a pot brownie a couple of months ago (at the height of everyone staying at home during the pandemic) seems to have outweighed people’s talent, eagerness, and dedication to public service in the eyes of the administration,” said a person who had a conditional position at a department withdrawn because of a violation. “There’s serious policy implementation work that could be happening right now that unfortunately isn’t.”

Fellow Democrats say the policy of the administration writ-large is antiquated and overly punitive.

“The White House and the administration have made this a godawful process,” said one senior Democratic campaign operative, who personally knows four political appointees who have been denied clearance for jobs in four separate departments. “I know a lot of these people who worked their ass off for him to get him elected in the middle of the pandemic who are now unemployed.” 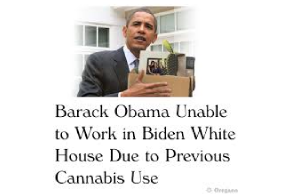