The Hawaii Senate on Tuesday approved a bill to legalize marijuana as well as separate legislation to significantly expand the state’s existing decriminalization law.

Under the legalization proposal—which advanced at a joint meeting of the Senate Judiciary and Ways and Means committees last week—adults would be allowed to possess up to one ounce of cannabis and cultivate the plant for personal use. It cleared the full chamber in a 20-5 vote.

The other piece of legislation would build upon the state’s existing decriminalization policy, where possession of three grams or less of marijuana is punishable by a $130 fine and no threat of jail time. The Senate passed legislation to increase that threshold to 30 grams, or just over an ounce, in a 24-1 vote.

Both pieces of legislation now head to the House for consideration. Should they get final approval from the legislature, however, it still remains to be seen how Gov. David Ige (D) will approach them. 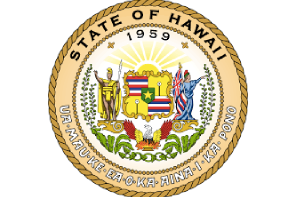