This story has been updated

A popular cannabis stock analyst, Robert Lee Doxtator, is accused of being involved in what looks like an extortion scheme that targeted a billion dollar Canadian investment fund and its co-founder Moez Kassam of Toronto-based Anson Funds. 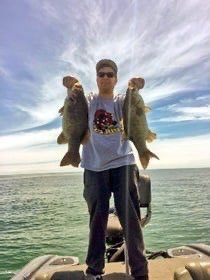 The allegations are part of a lawsuit filed against Robert Doxtator, his cousin Jacob Doxtator and individuals so far unknown to Anson Funds who allegedly paid to promote and write a defamatory manifesto accusing Kassam and the hedge fund he runs of illegal actions pertaining to investing in public companies. 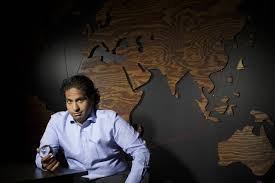 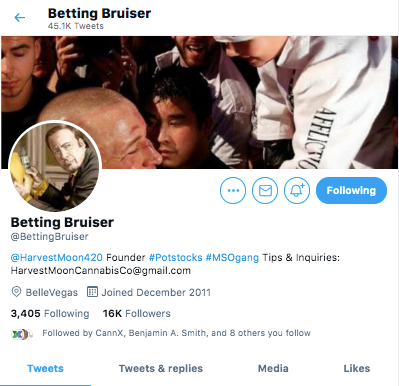 The lawsuit alleges a defamation conspiracy campaign against Anson Funds and Kassam is in retaliation to the hedge fund’s investment strategy that includes shorting the stock of publicly traded cannabis companies believed to be overvalued.

The defendants in the case are believed to have stock ownership in the companies Anson Funds have bet against.

Additionally the law suit alleges that Doxtator had tried to sell due diligence research to Anson funds in 2018 but was unable to negotiate a price for the “service”.

Doxtator accused Anson funds in 2019 of using his due diligence and making a profit off it and sharing it with other investors. He even said via a messaging app that he wanted to .

“kick the teeth in”

….of one of Anson’s traders if he ever saw him in person, according to the lawsuit.

The Doxtators and Kassam are residents of Ontario, Canada and the lawsuit is filed in the Ontario Superior Court of Justice.

During the summer of 2020 multiple websites, that were newly created, published what looked like a background or research report on the backroom dealings of how Kassam runs Anson Funds.

Via twitter and online stock chat rooms such as  stockhouse.com and reddit.com the report was then widely distributed internationally in a coordinated effort to get the investing public talking and speculating about Anson’s fund alleged role in among other things naked shorting stocks.

It is legal to naked short in Canada but not in the US.

Robert Doxtator, via his twitter account, also accused Anson Funds of controlling behind the scenes independent research reports in an effort of influencing the opinion of the health of a cannabis company. Via twitter Doxtator also said Anson Funds got a board member of Zenabis $ZENA to record company executives and then use the recordings as blackmail to force the company into management decisions. Anson Funds and Kassam deny all of these accusations.

Anson worked with tech consultants to track the IP address and emails associated with certain twitter accounts who promoted the defamatory report about the hedge fund.

Their research led the fund to believe that Robert’s cousin, Jacob, started a twitter account named John Murphy @JohnMur67039142. The account was used to say negative things about Anson Funds. It’s unclear who was actually using the account because Jacob Doxtator submitted a motion in response to the lawsuit that said he has no idea who Kassam or Anson funds is or who started the John Murphy twitter account.

After Robert Doxtator learned his cousin had been sued he left a message for Kassam in summary saying if he intended to go forward with the lawsuit that he’d “out” some of Kassam’s business associates who he thinks are also doing illegal or unethical things related to the stock market, according to the lawsuit. If Anson Funds is allowed discovery they will likely be looking to prove that Robert was using his cousin’s twitter account without his knowledge.

According to the lawsuit, in October 2020, Robert aggressively attempted to obtain $250,000 from Anson, plus a claim that Anson wouldn’t sue him, in exchange for certain due diligence he shared with Anson, and for information on the identity of the Unknown Defendants, which he confirmed he knew.

“Robert utilized the circumstances – the publication of the Defamatory Manifesto and other Unlawful Statements – to attempt to pressure Kassam and Anson to pay him significant amounts, giving his demands the air of extortion.”

Doxtator is also accused of using his public twitter account to make racially disparaging comments about Kassam and his staff that are not white Anglo Saxon.

“While not all aspects of Robert’s animus against Anson and Kassam are known to the Plaintiffs, the animus is consistent with past racist tweets by Doxtator, and in light of the fact that Kassam, other senior employees at Anson, and their spouses are not Caucasian.”

During the research of this story Robert and his attorney Joe Groia made disparaging remarks to this journalist after asking for a request for comment and fact check concerning who was paying Groia’s legal fees.

Groia evaded the question. Robert  has also messaged threatening statements to this journalist while reporting on the lawsuit. 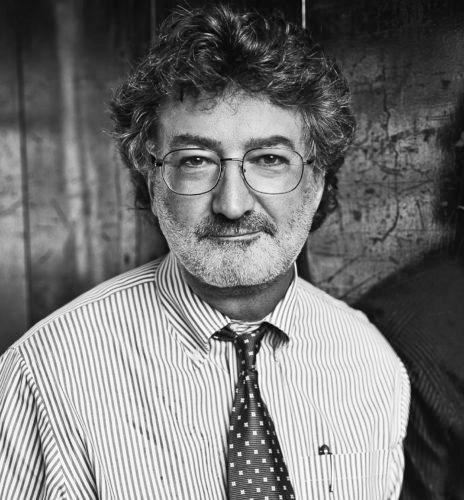 It took Anson funds a few months to effect service of the lawsuit against Robert Doxtator. An attempt to serve him at his parents house, which was used as a business address for his consulting company Harvest Moon Cannabis Company, failed after they wouldn’t answer if they knew Doxtator. 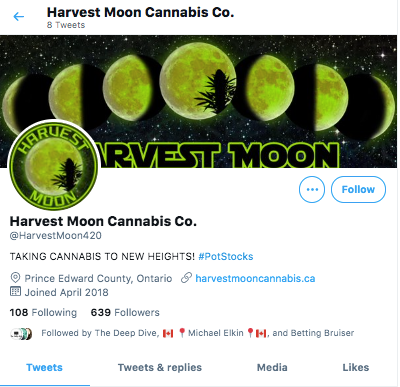 The same happened when he was served at what is believed to be his home address in Belleville, Ontario. Anson fund eventually had to ask the Ontario courts to effect service because they showed how Robert was avoiding it.

The judge agreed and Robert Doxtator has a response due this week.

Ironically, Doxtator and his cousin have retained the independent Canadian lawyer Andy Defrancesco has used for years. Multiple people interviewed who work on Bay St said it reads like Defrancesco is paying for Doxtator’s legal fees.

When Robert was asked to comment on this he sent Cannabis Law Report a copy of a Trust statement that says $30,000 was paid as a retainer for legal fees by Robert on January 11, 2021.

He denied Defrancesco being his benefactor in relation to the lawsuit and said he had a hard time finding a local lawyer because so many firms have previously worked with Anson funds. One way Defrancesco could pay for Robert’s legal fees is to overpay for research or promotion services.

In the past year Robert’s @BettingBruiser twitter account has been promotionally vocal with positive views of companies Andy Defrancesco runs or has invested in included Sol Global Investments $SOLCF $SOL.c. 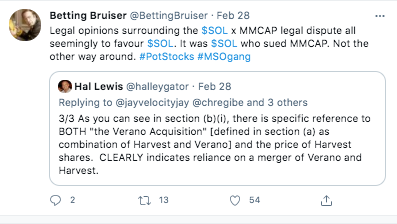 Cannabis Law Report previously reported on how Defrancesco’s Sol Global is being sued for $500 million in a debt lending deal gone bad with Canadian power house hedge fund MMcap and Sol Global is accused of making misleading statements in their public filings. Multiple people interviewed by this reporter who work on Bay St believe Defrancesco has been paying Robert to promote his companies.

Tweets reviewed by this reporter from @BettingBruiser account even wrote allegedly misleading statements about the the content of the MMcap lawsuit which is trying to hold Defrancesco personally accountable.

Robert has denied privately that he takes funds from Defrancesco. Text messages he has shown to another investment professional, who spoke on the condition of anonymity, prove the two talk. Part of discovery in the Anson lawsuit will likely try to prove this relationship. That’s because it is possible one of the John Doe’s described in the Anson funds lawsuit is Andy Defrancesco and that he allegedly paid for Robert to disparage Moez Kassam and Anson funds publicly. A move intended to cause either the start of an investigation by regulators or a loss of investors for Anson funds.

At one time Anson funds was a large investor in Defrancesco’s Sol Global Investments and Kassam and Defrancesco hung out socially. But apparently something changed in their relationship. Anson funds was out of their stock holdings in Sol Global by the time the defamatory manifesto was published. Andy has been heard privately trashing Kassam among Bay St market participants. Defrancesco has been the subject of multiple news reports on his alleged illegal actions involving investing in pubic companies and disclosure rules.

The Anson Funds lawsuit is claiming there are $100,000,000 of damages and the defendants should pay at least $10 million in punitive damages for a false light, intentional interference with economic relations, appropriation of personality and defamation . Robert’s net worth isn’t believed to be anywhere near the amount the lawsuit is asking for.

Kassam is asking the court for a interim and permanent injunction restraining the Defendants from publishing any further unlawful and defamatory statements about Anson funds or Kassam.

Anson funds attorneys at Blake, Cassels & Graydon LLP wrote in a motion to the court,

“This has caused, is causing, and will continue to cause irreparable harm to the Plaintiffs’ business and their reputations. This nonstop game of “whack-amole” cries out for a remedy.”

The hedge fund is believed to have already spent hundreds of thousands of dollars to research who was behind the defamatory campaign and track unnamed public disparaging statements.

Toronto-based attorney Michael Barrack is the lead litigator for Anson funds and Kassam in their libel and slander suit. Moez Kassam when reached for comment would not comment on the litigation or any of the defendants.


UPDATE 3.28.21: Two months after Robert Doxtator had been avoiding service of the Anson Funds lawsuit he’s finally filed a statement of defense and a counterclaim against Anson Funds. Doxtator claims he didn’t write the manifesto and doesn’t think his cousin Jacob knows anything about the saga. He admits he is not a lawyer but has some education in Canadian law.

The counterclaim essentially backs up what Anson Funds said in their original complaint which is, Robert feels like he didn’t get paid off an oral agreement for stock due diligence he provided Anson Funds and is angry about it. He is also going to use the freedom of speech defense for his alleged false and defamatory public statements on social media. Doxtator appears to even call his alleged racist tweets about Anson Funds leader, Moez Kassam, satirical.

Additionally, Doxtator tries to present a story that Moez Kassam set up a call with him in the Fall of 2020 and asked him to be the public “fall guy” for assimilating and writing the defamatory manifesto. In return, Doxtator says Moez agreed to pay him some money for the due diligence he provided Anson Funds in the past. Robert’s legal motion doesn’t explain why Anson Funds would need a fall guy.

He is also asking for an accounting of Anson Funds trade profits as allegedly Doxtator was going to get 15% of trading profit off the due diligence he provided. The trade he mentions in his defense statement is a trade of GE stock.

According to a person familiar with the situation, the third party who allegedly negotiated the call between Robert and Moez says Robert’s account of the event isn’t what they remember happening. Anson Funds has 20 days to respond but is expected to file an answer sooner. The attorney for Anson Funds didn’t respond to Cannabis Law Report for a request for comment on the counterclaim.

Statement of Defence and Counterclaim of R. Doxtator 25MAR2021 Final