During a Friday rally in Concord, New Hampshire, Democratic presidential candidate Andrew Yang said he would “mass pardon everyone who is in jail for nonviolent marijuana-related offenses,” according to a report from The Grio.

“Americans now recognize just how broken our mass incarceration system is and how much progress we need to make.” – Yang, during an Americans for Civil Liberties Union event on Aug. 16.

It’s not the first time Yang – founder of Venture for America – has indicated his support to set cannabis prisoners free. 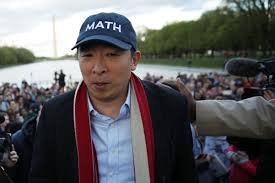