Vancouver, British Columbia, January 18, 2023 – Filament Health Corp. (OTCQB:FLHLF) (NEO:FH)(FSE:7QS)(“Filament” or the “Company”), a clinical‐stage natural psychedelic drug development company, today announced the approval of a clinical trial in partnership with Psychiatric Centre Copenhagen, Denmark’s largest psychiatric centre known for being at the forefront of new treatment options that stem from recognized research. The trial, led by PhD student Mathias Ebbesen Jensen and Professor Anders Fink-Jensen, will study Filament’s natural psilocybin drug candidate for the treatment of alcohol use disorder (AUD) and was recently approved by the Danish Medicines Agency.

“Alcohol use disorder is a widespread issue for global public health and constitutes a major risk factor for disability and mortality,” said Anders Fink-Jensen, Clinical Professor at Psychiatric Centre Copenhagen and the trial’s Principal Investigator. “Clinical data suggests that psilocybin holds potential for the treatment of AUD, and our intention with this trial is to expand on those findings.”

Five percent of all deaths worldwide each year result from the harmful use of alcohol. With this trial, Psychiatric Centre Copenhagen will determine the effects of a single administration of 25 milligrams of psilocybin on alcohol use and study the extent to which the brain is affected by psilocybin. Filament Health produces natural psilocybin, extracted from magic mushrooms. The GMP-released drug candidate has been exported from Filament’s Metro Vancouver lab and has arrived at the clinical site in Copenhagen in preparation for the trial’s start.

“Psychiatric Centre Copenhagen is an internationally recognized psychiatric research institution,”said Benjamin Lightburn, Chief Executive Officer and Co-Founder of FilamentHealth. “We are proud that Mathias Ebbesen Jensen and Professor Fink-Jensen have selected Filament’s drug candidate for a clinical trial of this calibre and we’re pleased to support their important research.”

This is the third European clinical trial which has been approved to use Filament’s natural psilocybin. The trial in Copenhagen will begin next month. 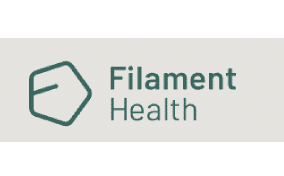