The working group was launched by Drug Science, the UK’s leading independent scientific body on drugs that provides an evidence base that is free from political or commercial influence, which creates a foundation for sensible and effective drug laws by delivering, reviewing, and investigating scientific evidence relating to psychoactive drugs.

“Havn Life is thrilled to be supporting Drug Science’s research on psychedelics,” said Dr. Ivan Casselman (Ph.D., FLS), Havn Life’s Chief Psychedelic Officer. “We are committed to advancing research in psychedelics, as well as collaborating with organizations and academic institutions around the world to tap into world-class, quality research. The development of sensible drug policy reform is a mission that both the working groups and Havn Life are highly aligned with.”

A consortium of Drug Science experts, industry partners, patient representatives, and policymakers, the group aims to break the barriers of 50 years of medical censorship by creating a rational and enlightened approach to psychedelic research and clinical treatment.

About Havn Life Sciences Inc.
Havn Life Sciences is a biotechnology company on a mission to unlock human potential using evidence-informed research. The Company is focused on standardized, quality-controlled extraction of psychoactive compounds from plants and fungi, and the development of natural health care products from non-regulated compounds. Learn more at havnlife.com and follow us on Facebook, Twitter, and Instagram. 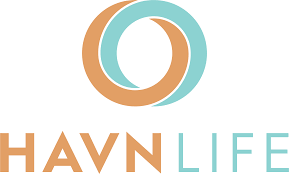