Lavvan say in the release

NEW YORK, Sept. 10, 2020 /PRNewswire/ — LAVVAN, Inc. (“LAVVAN”) today announced that it has filed an $881 million lawsuit against biotechnology company Amyris, Inc. (“Amyris”) (Nasdaq: AMRS) relating to Amyris’s use of intellectual property licensed exclusively to LAVVAN, as well as the misappropriation of LAVVAN’s trade secrets. The lawsuit was filed in the United States District Court for the Southern District of New York, docket number 20-cv-7386.

“LAVVAN owns exclusive rights to the intellectual property which Amyris is wrongfully using in connection with their development, testing and production of biosynthetic cannabinoids, including CBG,” said LAVVAN CEO Neil Closner. “Amyris has falsely claimed that our agreement permits them to engage in these activities, but it plainly does not. We are very disappointed that we have had to take this step, but through a history of erratic and egregious conduct, Amyris has demonstrated a willful intention to undermine the agreement. This has left LAVVAN with no choice but to vigorously pursue all legal avenues available to protect its rights.”

LAVVAN and Amyris signed a Research, Collaboration and License Agreement (“Agreement”) in March 2019 and LAVVAN made the initial payment under the Agreement in May 2019. “LAVVAN assembled a world class team and has been eager to lead the multi-billion-dollar biosynthetic cannabinoid market,” Closner stated. “But rather than fulfill its obligations to LAVVAN under the Agreement, Amyris has decided to transform from partner to direct competitor, in flagrant violation of LAVVAN’s rights.” At no point has Amyris achieved a single subsequent milestone under the Agreement, nor has any milestone payment ever been owing by LAVVAN.

LAVVAN is seeking damages for Amyris’s misappropriation of trade secrets and patent infringement, as well as a permanent injunction to prevent Amyris from wrongfully using LAVVAN’s trade secrets and other intellectual property, among other relief.

LAVVAN, Inc. is at the forefront of biosynthetic cannabinoids, utilizing yeast fermentation technology to produce high-quality and reliably sourced cannabinoids for a range of end markets. 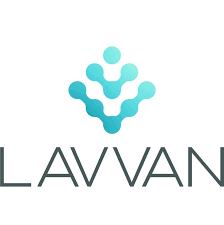