The McMurray Lab in Miami University plans to conduct IND-enabling, animal studies to verify the antidepressant, anti-addictive effects of the alkaloids produced in the Jones Lab

PsyBio Therapeutics Corp (CVE:PSYB) (FRA:PSYB) announced that it has amended its master-sponsored agreement with Miami University based in Oxford, Ohio for the continued advancement of its neuropsychiatric drug discovery platform.

The Coconut Creek, Florida-based biotechnology company pioneering the next generation of targeted psychoactive medications, explained that the move expanded the research efforts of Dr J Andrew Jones’ lab in the Department of Chemical, Paper, and Biomedical Engineering, to include additional research work done by the McMurray Lab, run by Dr Matthew McMurray in the Department of Psychology.

The company said it would provide “an additional US$1.5 million in funding until May 2023 to Miami University to support all such research.”

READ: PsyBio Therapeutics is pioneering the next generation of targeted psychoactive medications

PsyBio noted that the collaboration with Miami University is “anticipated to expediate progress towards the filing of an Investigational New Drug (IND) application with the US Food and Drug Administration (FDA).”

PsyBio co-founder and CEO Evan Levine said the initial collaboration between PsyBio and Miami University has resulted in the discovery and scaled production of “two medically-relevant tryptamine molecules” that are naturally present in psychoactive magic mushrooms, “psilocybin and norbaeocystin.”

“The compounds have been efficiently synthesized and studied in our labs and have now moved out of our labs into venerated commercial development facilities,” added Levine. “PsyBio believes that it can synthesize these molecules cheaper, faster, and greener than any other published method, and is unaware of any other company synergistically developing these natural alkaloids with the intent of commercial medical use.”

Levine said the company has filed intellectual property on the preliminary synergistic properties of these natural alkaloids.

“PsyBio is developing a portfolio of similar and various intermediates and combinations thereof in multiple plants, fungi and non-natural substrates, with the endeavor for the study of and testing for improved human clinical treatment,” added Levine.

“We are extraordinarily fortunate to have the resources and relationships at Miami University to attract institutional investment capital that is interested in advancing a paradigm shift in the potential treatment of mental health,” said Dr Jones, who is chairman of PsyBio’s Scientific Advisory Board (SAB), and Assistant Professor at Miami University.

“Our work with the McMurray Lab and PsyBio is expected to enable the Jones Lab’s discoveries to advance from discovery to in vivo validation and industrial application, ultimately with a goal of shortening the time between potential discovery and treatment of patients.”

As a result of the initial master sponsored agreement with Miami University dated May 14, 2020, PsyBio acquired the global, “exclusive, and perpetual right” to license a platform technology developed in the Jones Lab that enables the rapid generation of its formulation for its lead compound psilocybin, biosynthetic psilocybin, and other targeted tryptamines through a biosynthetic process using genetically modified bacteria.

Under the amended agreement, the Jones Lab plans to develop elite microbes, capable of producing a range of medically relevant alkaloids. The compounds originate from plants and fungi, including magic mushrooms.

Significantly, the McMurray Lab plans to conduct IND-enabling, animal behavioral studies to verify the antidepressant, anxiolytic, anti-addictive effects of the alkaloids produced in the Jones Lab using both adult and adolescent animal models of disease. These studies will be performed at the university and will screen leading drug candidates for human trials, said the company.

“Preliminary studies have already detected evidence of an unexpected synergy between psilocybin and norbaeocystin, and the company has advanced both drug candidates to commercial process development,” PsyBio. 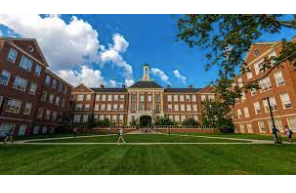