A new, publicly traded company devoted to exploring the use of psychedelics in palliative care is in development.

Psyence Biomed, a subsidiary of the Canadian biotech company Psyence Group Inc., has signed a definitive business combination agreement with Newcourt Acquisition Corp. (NASDAQ: NCAC) to create the new organization. Psyence Biomed expects to receive a minimum of $20 million in cash held in trust through the transaction.

Post-transaction, Psyence Biomed will file to become a publicly traded company in the United States with Newcourt as a wholly-owned subsidiary.

The deal reflects the growing interest among the health care and business communities in the therapeutic potential of psychedelics, such as psilocybin, MDMA, ketamine and LSD.

“This is an incredible moment for Psyence’s clinical trial’s division, Psyence Biomed,” said Psyence CEO Dr. Neil Maresky in a statement. “The funding from this transaction will enable us to execute our early-stage development program in palliative care.”

This deal follows a series of regulatory developments in the United States and Canada, where Psyence is headquartered.

The Canadian government, for example, has permitted companies to apply for a license to manufacture certain psychedelics for research purposes.

In the United States, the Food and Drug Administration (FDA) in 2018 designated psilocybin as a “breakthrough therapy” for major depressive disorder, which paved the way for expanded clinical trials. The prior year, the FDA made a similar decision regarding MDMA as a treatment for post-traumatic stress disorder.

Last July, U.S. Sens. Cory Booker (D-N.J.) and Rand Paul (R-Ky.) introduced a bill that would have given terminally ill patients access to Schedule 1 controlled substances that have undergone a Phase 1 clinical trial, including MDMA and psilocybin.  Also that month, Rep. Alexandria Ocasio-Cortez (D-N.Y.) reintroduced an amendment in the House that would have removed federal barriers to research the therapeutic potential of psychedelic substances. Neither bill passed before the congressional term ended following the midterm elections.

But, as with the ongoing cannabis-legalization movement, momentum is building faster among the states.

Oregon in 2020 essentially decriminalized the personal use of a number of drugs that remain illegal at the federal level. As of January 1, a new law in the state authorizes the development of psilocybin service centers where adults older than 21 can consume the mushroom-derived substance under the supervision of a state-certified facilitator.

Colorado also recently voted to decriminalize a range of plant-derived psychedelics, including DMT, psilocybin, ibogaine and mescaline (excluding peyote). The state will also allow psychedelic-assisted therapy for a number of conditions.

Several other states are considering similar legislation, including California, New York and Washington. Some municipalities have also decriminalized some psychedelics, such as Seattle; Ann Arbor, Michigan; Washington D.C.; Denver; Detroit and San Francisco.

These legislative actions reflect a growing body of research indicating that psychedelics have shown promise in mental health, end-of-life and palliative care.

“Primarily in the fields of hospice and palliative care, assisted psychedelic therapies have been investigated as a potential novel therapeutic modality due to preliminary evidence suggesting their profound impact on psychological, existential, and spiritual outcomes in patients with serious diseases,” Dr. Ana Cláudia Mesquita Garcia, a physician and researcher at the Interdisciplinary Center for Studies in Palliative Care at the Federal University of Alfenas in Brazil, wrote last year in the journal Progress in Palliative Care.

Research projects on psychedelic therapies have proliferated globally. Case in point, Johns Hopkins Medicine in 2019 established a Center for Psychedelic and Consciousness Research backed by $17 million in grants.

But scientists and researchers are not the only ones interested in these drugs’ potential. Investors and entrepreneurs have been pouring money into psychedelics for the past few years.

As of January 2022, 50 publicly traded companies have emerged in the United States that seek to market psychedelic therapies, including three valued at more than $1 billion, a JAMA Network study found. The authors cited projections that the U.S. market for those substances would reach $10.75 billion by 2027, up from $2 billion in 2020.

These data offer the regulatory and financial context for the agreement between Psyence and Newcourt, a special purpose acquisition company (SPAC).

Psyence is publicly traded on the Canadian Securities Exchange and has made natural psychedelic products the focus of its business. The company’s name combines the words “psychedelic” and “science,” and its footprint includes operations in Canada, the United States, the United Kingdom, Australia and some southern African countries.

In addition to the cash-in-trust from Newcourt, the forthcoming combined company intends to seek to raise additional funding, Psyence indicated in an announcement.

As a SPAC, Newcourt was established for the explicit purpose of pursuing a merger, share purchase of exchange, asset acquisition or combination with other businesses. Current Newcourt shareholders would transition to owning stock in the combined company after the deal closes, which is expected to occur in the second half of 2023, pending customary regulatory and shareholder approvals.

“The FDA’s designation of psilocybin as a ‘Breakthrough Therapy’ is extremely encouraging, and the large body of data that is being generated from recent psilocybin research and clinical trials serves to significantly enhance the company’s prospects of progressing successfully through its clinical trial, Newcourt CEO Marc Balkin said in a statement. “We believe that Psyence Biomed has a strong team led by Dr. Maresky and that there will likely be very strong demand for its botanically based psilocybin treatments.” 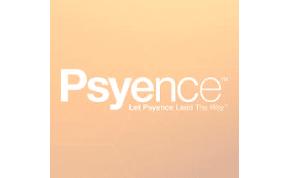