The psychedelics space is up and running. Together with the start of the new year, two companies have shared their latest financial decisions toward advancing their medical business programs.

Blackhawk’s New Arrangement Plan For Three Of Its Businesses

Investment holding company Blackhawk Growth Corp. has announced that its shareholders approved a proposed plan of arrangement regarding wholly-owned subsidiary companies 1286409 B.C. Ltd (aka SpinCo), MindBio Therapeutics Pty Ltd., and Digital Media Technology Pty Ltd., by which SpinCo will become an independent psychedelics and mental health technologies company of which MindBio and Digital will be wholly-owned subsidiaries.

As part of the arrangement, Digital’s shares will be transferred from Blackhawk to SpinCo and the SpinCo shares will be spun out to Blackhawk shareholders. SpinCo will become the parent company of both MindBio and Digital and will be renamed as “MindBio Therapeutics Corp.”

The spin-out transaction will follow a statutory plan of arrangement pursuant to the BC Business Corporations Act, seeking a final order from BC’s Supreme Court on or about Jan. 5, 2023.

SpinCo will also apply to have its common shares listed on the CSE and to become a reporting issuer in the provinces of BC, Alberta and Ontario.

This plan stipulates that the company will adopt a 20% fixed number of shares stock option plan to be reserved for issuance pursuant to the exercise of stock options, that is, a delimited number of SpinCo shares up to max. 20% of the company’s total issued shares. The purchase of these common shares may be granted to directors, officers, employees and consultants of SpinCo or any of its subsidiaries or affiliates.

Once the new provision is completed, Blackhawk shareholders will be entitled to receive one SpinCo share and one Blackhawk class A common share for each Blackhawk common share held as of the arrangement’s record date.

It also signed a management provision with the new company for all day-to-day operations as well as management of the DMT stroke clinical trial program.

“By creating AGN Neuro with the sole focus of advancing the DMT stroke research program through its future clinical trials, we are working to create an exciting new investment vehicle with the goal of enhancing shareholder value in the process,” said AGN Pharma CEO Christopher J. Moreau.

The plan is for AGN Neuro to remain a private company until completion of a Phase 2a stroke study, planned to commence sometime by the end of 2023. Based on the results, the company will eventually review and consider a potential direct IPO listing on the NASDAQ.

Nonetheless, the new subsidiary has filed a Form 1-A offering statement with the U.S. Securities and Exchange Commission (SEC) seeking authorization to raise up to $10 million by offering up to 37.5% of its common shares (including the max. amount of bonus shares,) with majority ownership residing with AGN Pharma, under a Tier II Regulation A+ offering.

Reg A+ financings are an SEC-regulated funding mechanism providing companies an alternative way to access the public markets that reduce offering costs in the process or, as stated by Moreau, “a very successful way of raising capital by allowing the innovative online and digital marketing of securities to the general public on a global scale.”

As expected, the total capital raised will be used for research, development and program management costs for the completion of Phase 1 and Phase 2a DMT stroke studies. 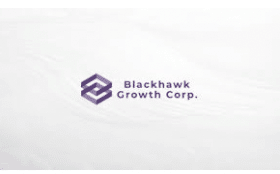