Professor David Nutt is a world renowned neuroscientist, leading global authority on drug policy reform and former chief drug advisor to the UK government. He serves as the Edmond J. Safra Professor of Neuropsychopharmacology and director of the neuropsychopharmacology unit in the Division of Brain Sciences at Imperial College London, and Founding Chair of Drug Science (formerly the Independent Scientific Committee on Drugs).

Dr. Ben Sessa, AWAKN Chief Medical Officer, stated: “David has always been a trailblazer and supporter of innovative psychopharmacology. He is a prolific promoter of drug reform policies and an internationally respected scientific researcher. I have had the pleasure of working alongside David on numerous psychedelic studies over the last 10 years, and we know the time is right and the time is now. David shares AWAKN’s vision of how clinical psychedelics in combination with psychotherapy can cure mental health conditions. This is a new way of doing psychiatry. This is the medicine of the future.”

Prof. David Nutt, AWAKN Scientific Advisory Board Chair, stated: “I am delighted to be able to support this exciting initiative. I believe psychedelic treatments have the opportunity to change psychiatry in the way immunotherapies are changing medicine. The sooner we can start using these the better it will be for patients, and I am pleased AWAKN are taking the lead in this.”

Anthony Tennyson, AWAKN CEO, stated: “What a time this is for psychedelic medicine. An era of scientific and therapeutic innovation with real potential to move the dial on mental health care. Professor Nutt encapsulates the essence of scientific change, and we are honored to welcome such global pedigree to the mix alongside his longtime friend and collaborator, our Chief Medical Officer, Dr. Ben Sessa.”

After 11+ entry to Bristol Grammar School David was awarded an Open Scholarship to Downing College Cambridge and then completed his medical training at Guy’s Hospital London, continuing in neurology to MRCP. After completing his psychiatric training in Oxford, he continued there as a lecturer and then later as a Wellcome Senior Fellow in psychiatry. He then spent two years as Chief of the Section of Clinical Science in the National Institute of Alcohol Abuse and Alcoholism in NIH, Bethesda, USA. On returning to England in 1988 he set up the Psychopharmacology Unit in Bristol University, an interdisciplinary research grouping spanning the departments of Psychiatry and Pharmacology before moving to Imperial College London in December 2008 where he leads a similar group with a particular focus on brain imaging especially PET.

David is currently Chair of DrugScience (formally the Independent Scientific Committee on Drugs (ISCD)). He was previously President of the European Brain Council, the European College of Neuropsychopharmacology (ECNP), the British Neuroscience Association (BNA) and the British Association of Psychopharmacology (BAP). He is a Fellow of the Royal Colleges of Physicians and of Psychiatrists and of the Academy of Medical Sciences. He is also the UK Director of the European Certificate and Masters in Affective Disorders Courses and a member of the International Centre for Science in Drug Policy. He has edited the Journal of Psychopharmacology for over two decades and acts as the psychiatry drugs advisor to the British National Formulary. He has published over 500 original research papers, a similar number of reviews and books chapters, eight government reports on drugs and 33 books.

Previously he has been a member and then Chair of the Advisory Committee on the Misuse of Drugs (ACMD – 1998-2009), a member of the HEFCE/NHS Senior Lecturer Selection Panel and of the MRC Neuroscience Board. Other previous national contributions include serving as the medical expert on the Independent Inquiry into the Misuse of Drugs Act (2000 Runciman report), and membership of the Committee on Safety of Medicines, the Committee on NHS drugs and the Ministry of Defence Science Advisory Board. He was the clinical scientific lead on the 2004/5 UK Government Foresight initiative “Brain science, addiction and drugs” that provided a 25-year vision for this area of science and public policy.

David broadcasts widely to the general public both on radio and television including BBC science and public affairs programmes on therapeutic as well as illicit drugs, their harms and their classification. He also lectures widely to the public as well as to the scientific and medical communities; for instance has presented three times at the Cheltenham Science Festival and several times for Café Scientifiques. In 2010 The Times Eureka science magazine included him in the 100 most important figures in British Science, and the only psychiatrist. 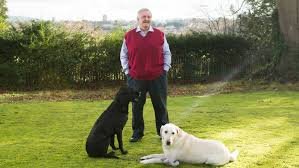