The Cannabis Act, which sets out the legal framework for controlling the production, distribution, sale and possession of cannabis across Canada, came into force on October 17, 2018. The two overarching objectives of the framework are to displace the illegal market and to keep cannabis out of the hands of youth.

In advance of cannabis legalization, the impaired-driving regime in Canada’s Criminal Code was changed to include the addition of three new offences with regard to concentrations of drugs in the blood in excess of set limits within two hours of driving; corresponding penalties; and authorization for police to use approved oral fluid drug screeners.

Public Safety (PS) is supporting efforts to enforce the legalization and regulation of cannabis through activities to deter criminal activity and to help ensure that organized crime does not penetrate the legalized system. PS is also leading the implementation of the new drug-impaired driving regime, particularly in the context of cannabis legalization, through research, standardizing data collection and reporting practices, raising public awareness about the dangers of drug-impaired driving, and administering contribution funds to provinces and territories (PTs) to increase law enforcement capacity to detect and deter drug-impaired driving.

PS has been working with PTs on enhancing training and trainer capacity to increase the number of front-line officers able to administer Standard Field Sobriety Testing (SFST), Drug Recognition Expert (DRE) evaluations, and taking SFST Refresher courses, as well as on procuring approved drug screening devices. As of October 1, 2019, contribution agreements were signed with nine jurisdictions (BC, NWT, NU, ON, NB, PEI, QC, SK and YK) and the remaining agreements are with the provinces for signature.

Federal funding has also been provided to support salaries of data analysts who are working closely with PS to develop a set of standardized national indicators on drug-impaired driving, and to prepare regular reports on current issues, trends, and impacts. PS is working with the PTs and other key stakeholders (e.g., Statistics Canada, RCMP, Canadian Centre on Substance Use and Addiction) to prepare the first national report for release in mid-2020.

Just as the legal supply of recreational cannabis is becoming more firmly established, the internet has evolved into a distribution channel for the illicit sale of drugs. PS is working with federal, provincial and territorial (FPT) partners to develop an action plan to disrupt online illicit cannabis sales.

Health Canada (HC) has reported that there were about 100 dispensaries known to be operating on reserves across Canada, as of April 2019. The Government has heard from Indigenous communities that providing Indigenous peoples with ways to participate in the legal market is key to displacing illegal cannabis-related activities. To support Indigenous participation in the regulated cannabis market, [Redacted]

In July 2019, the Assembly of First Nations (AFN) adopted a resolution requesting a separate regulatory regime for Canada’s Indigenous peoples that recognizes their autonomy and sovereignty and that covers all aspects of cannabis cultivation, processing and retail operations within their territories. The AFN is expected to put forward its proposal to the Government of Canada by April 1, 2020.

The displacement of the illicit cannabis market will take time to achieve. While an estimated 47% of cannabis users, or 2.5 million Canadians, obtained cannabis from legal sources, 38% of users are still obtaining cannabis from illegal sources, and 15% from multiple sources (legal and illegal) (Statistics Canada, National Cannabis Survey 2019, 1st quarter). [Redacted] 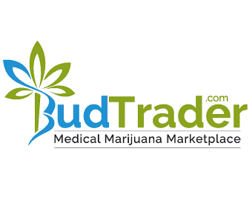