On June 30th, the Petrie-Flom Center announced the launch of a three-year research initiative, the Project on Psychedelics Law and Regulation (POPLAR), which is supported by a generous grant from the Saisei Foundation.

The Project on Psychedelics Law and Regulation at the Petrie-Flom Center for Health Law Policy, Biotechnology, and Bioethics at Harvard Law School will advance evidence-based psychedelics law and policy.

In 2017, the FDA designated MDMA a breakthrough therapy for post-traumatic stress disorder, and in 2018 the agency recognized psilocybin as a breakthrough therapy for treatment-resistant depression. These designations indicate that psychedelics may represent substantial improvements over existing treatments for mental health conditions. Many other psychedelics, including ibogaine, ketamine, and dimethyltryptamine, are the focus of ongoing psychiatric research and commercialization efforts.

Despite the proliferation of clinical research centers and increasing private investment in psychedelic drug development, there is a relative lack of research on the ethical, legal, and social implications of psychedelics research, commerce, and therapeutics.

In the following interview, which has been edited and condensed, Senior Fellow and POPLAR Project Lead Mason Marks explains how POPLAR will fill this gap, and previews some of the initiative’s topics of inquiry.

Chloe Reichel: Can you describe the primary goals of POPLAR?

MM: The Schedule I status of psychedelics is a significant legal barrier. In 1950s and 60s, scientific research on psychedelics was permitted, and was just getting up to speed. That changed suddenly with the onset of the war on drugs in the 1970s. For decades, the Schedule I status of psychedelics prevented all clinical psychedelics. Things have changed a little in the past twenty years, when the DEA gave some researchers permission to study limited amounts of certain psychedelics. Several trials have now been completed, with promising results, and there are many ongoing studies. But they remain relatively small, in part because the DEA limits the amount of psilocybin and other psychedelics that can be produced each year. Essentially, due to their Schedule I status, it can be difficult to get research programs focused on psychedelics started, and they are limited in what they can achieve.

Because psychedelics are misunderstood, and they remain heavily stigmatized, federal funding is not readily available for research. As a result, many researchers are deterred from entering the field, and for similar reasons, universities are often hesitant to support this type of work. Nearly all research is funded by private donors through corporate sponsored research centers.

CR: Why does it matter who is funding and conducting psychedelics research?

MM: Under existing regulation, only well-capitalized private companies can fund psychedelics research, and, to a large extent, they control the research agenda and influence drug policies. When wealthy private companies fund most research on psychedelics, have special permission from the DEA to handle them, and hold associated patent rights, they are shielded by several layers of government-granted monopolies. They can use that privileged position to shape the narratives surrounding psychedelics, influence government officials, buy the loyalty of scientists, and charge whatever prices they want for psychedelic therapies. The restricted Schedule I status of psychedelics serves their interests, because it helps maintain their dominant positions.

However, the public health problems that psychedelics may address, such as the worsening drug overdose epidemic, are too vast and important to leave to private companies with a vested interest in the status quo. When it comes to problems of this magnitude, we don’t want industry shaping the entire agenda. It is preferable to have a diverse array of scientists and other stakeholders shaping the narrative and steering public policy.

MM: Who stands to gain? The pharmaceutical companies, venture capitalists, and the patent holders certainly stand to benefit from commercialization. In contrast, it is unclear to what extent people most in need of psychedelic therapies will benefit. If these treatments are too expensive, few people will be able to afford them. Widespread insurance coverage for psychedelics seems a long way off, further restricting access, and requiring patients to pay cash. Unless something changes, corporations may experience the greatest benefits of psychedelics commercialization.

These problems are not unique to psychedelics. In recent years, we’ve seen drug prices rise, even for essential medicines like insulin, which have been around for decades. Some life-saving medicines, such as biologic drugs for muscular dystrophy, can cost hundreds of thousands or millions per year, or even per dose. These trends reflect deep, systemic problems with the health care system that the emerging psychedelics industries highlight. But there are also certain features of psychedelics that warrant special attention.

For instance, the long history of prohibition and punitive drug enforcement has caused irreversible trauma that disproportionately impacts vulnerable groups including communities of color and people with disabilities. By preventing research for decades, prohibition also likely deprived people with mental health conditions of more effective therapies, costing countless lives and billions of dollars over the years.

There are other groups that could be left behind. Communities who have used psychedelics for hundreds of years may view patents and psychedelics commercialization as forms of exploitation and theft of their sacred knowledge and technologies. All these groups will potentially be marginalized in the push to commercialize psychedelics.

CR: Most psychedelics are not FDA approved. But ketamine is, so it may provide a window into the issues we might see in the future, in terms of drug development and access. What are we seeing so far with ketamine?

MM: Ketamine is an interesting example because it is an extremely safe drug that’s been around since the 1960s. It’s on the World Health Organization’s list of essential medicines because it’s so important; it’s routinely given to pediatric patients, and it’s used on battlefields to treat injured soldiers.

More recently, ketamine has been used off-label for its antidepressant effects. Capitalizing on this development, Johnson and Johnson, and its subsidiary Janssen Pharmaceuticals, essentially took a generic drug that’s common, inexpensive, safe, and widely available, and isolated half the molecules in it. Ketamine is really a mixture of two compounds that are mirror images of one another: S-ketamine (also called esketamine) and R-ketamine. Jannsen isolated esketamine, packaged it in a proprietary single use nasal spray, and marketed it as Spravato.

The issue is, esketamine isn’t a novel invention, and there’s no compelling evidence that Spravato is any more effective than generic ketamine. But it’s more expensive. One of the most useful features of generic ketamine is that it has multiple potential routes of administration including oral, intramuscular, and intravenous, which provides clinicians with flexibility. But Spravato is the version that can be reimbursed by insurance because it’s FDA approved for treating depression. Janssen’s patent on Spravato gave the company exclusive rights to this form of therapy, but did it improve the quality, cost, and availability of ketamine therapy for patients? So far, that’s questionable.

We are already seeing similar developments with other psychedelics. Psilocybin is a naturally occurring substance that is widely available and has been used by some communities for centuries. Compass Pathways has patented a formulation of psilocybin and is attempting to patent methods of synthesizing and administering it.

This process of patenting subtle variations on naturally occurring substances, or widely available generic compounds, is controversial. It may limit access to therapies that are not actually new and could otherwise be inexpensive and widely available.  POPLAR will research these issues and how they affect the psychedelics industry.

CR: Psilocybin is produced by mushrooms. Can you patent a mushroom?

MM: A mushroom that occurs in nature cannot be patented. There are several limits on patentability, and some relevant examples include what are called the judicial exceptions to patent eligibility. These exceptions were shaped by over a hundred years of federal and Supreme Court precedent. They prohibit patents on abstract ideas, products of nature, and natural phenomena.  If something falls into one of these categories, it cannot be patented.

So, if you go into the forest and pick a mushroom, you can’t receive a patent because it’s a product of nature. You haven’t invented anything. However, if you modify the mushroom in some way, so that it’s different from the version found in nature, through genetic manipulation for example, then you could patent your creation. Whether or not you modify the mushroom, you could also patent various methods of growing it and utilizing it, because in those instances, you aren’t patenting the product of nature itself, but a method of producing or using it.

Compass Pathways was able to patent a crystalline form of psilocybin because that form does not occur in nature. However, it remains to be seen whether such a patent could withstand a challenge to its validity. Patents can be invalidated in court, for instance, if they lack novelty or would be obvious to someone skilled in the relevant technological field.

CR: As interest grows in the therapeutic properties of natural substances, concerns about bioprospecting and biopiracy are growing. Can you explain these practices and the associated concerns?

MM: Bioprospecting is the practice of searching for natural products that might have some kind of industrial or therapeutic application. That’s not necessarily a bad thing. Bioprospecting is important because it allows humanity to benefit from natural resources.

The more concerning term is biopiracy, defined as stealing the inventions or practices of Indigenous communities, typically bringing them back to Western societies, and patenting or commercializing them without adequately acknowledging, compensating, or obtaining permission from the communities that created them. Unfortunately, there are many examples – in Peru, for example, the psychedelic brew known as ayahuasca has been commercialized by Western companies. Similarly, there are growing concerns that the endangered peyote cactus, used by Native American churches, will be commercialized, overharvested, and ultimately destroyed.

CR: What do you hope the impact of this project will be?

MM: Right now, there are a handful of psychedelics research centers at major universities around the country. However, they all focus primarily on clinical research, mostly surrounding trials of MDMA and psilocybin. Surprisingly, there is little systematic analysis of the law and policy issues raised by psychedelics, which is likely due to longstanding prohibition and stigma.

POPLAR will fill this gap in psychedelics research. If psychedelics law and policy is not analyzed and modernized, the field will not progress. Researchers, businesses, and the public will continue to be constrained by social and legal barriers that have existed for fifty years. 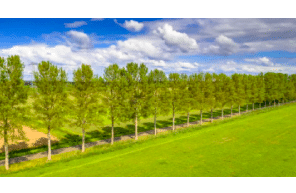