Quebec became the first province to cover psilocybin-assisted therapy under medical insurance last week. This is further evidence for the medical benefits of psilocybin, the psychoactive compound in magic mushrooms, and a further step in the push to legalize psilocybin and other psychedelics.

Psilocybin is currently illegal in Canada, but physicians and researchers can apply to Health Canada for an exemption to allow them to study or prescribe psilocybin to specific individuals for medical reasons.

Two doctors, Dr. Houman Farzin and Dr. Jean-François Stephan, treated a patient with psilocybin in June 2022, then successfully billed and received payment for their services by the province of Quebec, according to a press release from TheraPsil, a Canadian non-profit advocacy group for psilocybin therapy.

Dr. Stephan argued for the medical benefit, safety, and efficacy of psilocybin in a letter, which was also signed by 15 other colleagues, to the governing body for general practitioners in Quebec—the Fédération des Médecins Omnipraticiens du Québec (FMOQ). The group then negotiated with the provincial government to amend the necessary legal codes to allow psilocybin-assisted psychotherapy to be covered by medical insurance.

Since Canada has universal healthcare, the psilocybin therapy was covered by the Quebec government, meaning that all Quebec residents could have access to psilocybin—and potentially all Canadians in the future—if deemed medically necessary for them. 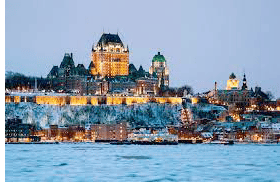