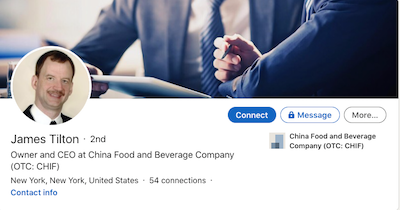 A couple of years ago Tilton started spruiking Angry Tiger beer . A Chinese hemp beer product that looked remarkably like a certain Singaporean beer brand in its labelling and marketing. Unfortunately for investors this hemp beer had no hemp in it and if we remember correctly only came in one short run and may or may not have been sold to customers that may or may not have existed in China.

To Hemp or Not To Hemp That Is The Question ?

Well it appears Mr Tilton is back in the wars again noting this report from Digital Music News.com.

Yes… that is exactly what we thought.  What on earth has digital music got to do with Tilton and his company China Food and Beverage ?

Pro Music Rights Founder and CEO Jake Noch recently reached out to Digital Music News with word of the massive settlements. Worth noting at the outset is that PMR received two judgements, each for over $1 million, from the companies. A 20th Circuit Court in Florida ordered China Food and Beverage to pay $1,269,876.97, to a $1,298,194.72 judgement against Net Savings Link. One James Tilton, who founded China Food and Beverage in 1995 and has led NSAV since 2015, per his LinkedIn profile, signed off on the corresponding agreements. 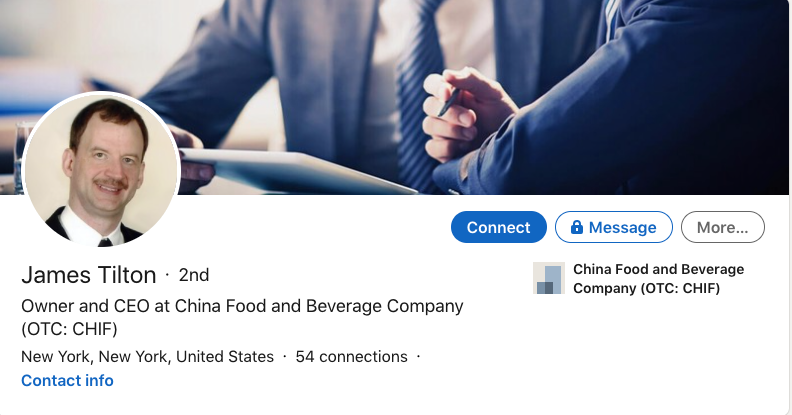 Mr Tilton, to put it mildly is a bit of a slippery fish and after you’ve read this report you’ll probably, like us, be none the wiser what he cooked up and why there would be a link between a digital music company and a company that supposedly deals in china F&B and hemp.

Firstly, here is the settlement and it looks like Tilton will be horse trading to try and get the numbers down until the cows come home.


Here is the report and essentially the moral of the story as also told to us by prior investors in Mr Tilton’s ventures is, stay well clear. It is all bound to end in tears.

At least this time it is Tilton tears and not that of others, although we imagine Mr Noch had plenty of tears on the way to this judgement.

Pro Music Rights (PMR) has finalized a more than $662 million settlement with a Chinese medical-cannabis company, China Food and Beverage Company, as well as with a similar company (which is owned by the same individual), Net Savings Link (NSAV Holding).

Pro Music Rights Founder and CEO Jake Noch recently reached out to Digital Music News with word of the massive settlements. Worth noting at the outset is that PMR received two judgements, each for over $1 million, from the companies. A 20th Circuit Court in Florida ordered China Food and Beverage to pay $1,269,876.97, to a $1,298,194.72 judgement against Net Savings Link. One James Tilton, who founded China Food and Beverage in 1995 and has led NSAV since 2015, per his LinkedIn profile, signed off on the corresponding agreements.

The remaining portion of the $662 million settlement is attributable to purchase options extended to the brands, according to the legal documents. Both entities have the chance to buy “in whole and not in part” a 20 percent interest in both Pro Music Rights Distribution, LLC (separate from the overarching Pro Music Rights PRO) and Sosa Music, which is a Florida independent music company also owned by Noch. The “membership options” that comprise the one-fifth interests would cost $255 apiece, based upon “a price resulting from a valuation as determined by the manager of Pro Music Rights” and Sosa.

Moreover, in order to exercise the purchase option, China Food (as well as Net Savings Link, for the other 20 percent) and owner James Tilton would have to “provide written notice exclusively by personal delivery, and no other method,” per the text. And after outlining other provisions of the stock option, the document indicates that this “Option shall expire, and no longer be exercisable, on the four (4) month anniversary of the Effective Date.”

As the settlement agreement is dated September 30th, 2020, the purchase window is fast closing. But given Pro Music Rights’ announcing the settlement now – it bears mentioning here that Net Savings Link released a press release in February of this year stating that it had named Jake Noch CEO – one would assume that the deal is already in motion.

Lending to the plausibility of the latter point is the fact that both Net Savings Link and China Food and Beverage stated in releases that they intend “to complete the exercise of the options shortly.” Furthermore, these same announcement messages relayed that the entities had both issued an “unsecured promissory note,” totaling the $662 million settlement amount.

Of course, the substantial size of the settlement automatically raises questions about how the participating companies will front the more than $660 million worth of required funds. The settlement notice shared with DMN doesn’t describe the licensing dispute between Pro Music Rights and the Chinese cannabis companies – though PMR has levied several high-profile lawsuits on the year, including against grocery-store chain Meijer, and settled a complaint against Connoisseur Media in October.

Net Savings Link stock, traded as NSAV on the Pink Open Market, finished the day with a per-share price of $0.0003. The Pennsylvania-based company (China Food and Beverage also lists a U.S. address on its Bloomberg profile) sells hemp-based beer as Tiger Hemp Beer, according to its MarketWatch profile. The beer, which was to be brewed by Louisiana’s Ouachita Brewing, partnered with rapper 5ive Mics at launch in a promotional deal. However, the company wrote in its last tweet, dated July 1st, 2019, that a regulatory hurdle had delayed the lager’s production.

China Food and Beverage, traded as CHIF on the Pink Open (and classified as a “shell” company on the exchange), saw its per-share price jump by nearly 100 percent on the day, to $.0067. 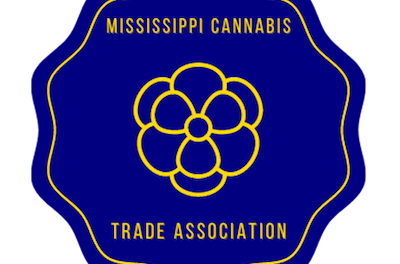 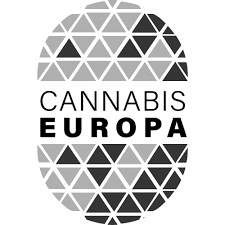 Report: Trends in cannabis use and attitudes towards legalization and use among Australians from 2001‐2016: An age‐period‐cohort analysis