Late last week we published an article attributing comments about not legalizing psychedelic compounds to Rick Doblin at a event held by Prohibition Partners .

Our apologies to Mr Doblin  but not to Mr Angermeyer who in the following statements as published in the article below believes that we, the great unwashed, don’t have the capacity to make decisions without us spending money with him first.

“I fear that if we do wider legalization, it could be very detrimental and bad for those who really need it and it could push back the whole effort,” Angermayer said. “Society is like a rubber band. If you hit too hard, it really comes back and hits you back. Let’s go step-by-step.”

A smattering of states and cities are legalizing or decriminalizing psychedelics, citing the inequities brought on by the war on drugs as well as the potential therapeutic benefits of compounds like MDMA and psilocybin.

But within the psychedelics space, there isn’t a consensus on whether those regulatory changes are good or bad for the industry.

During a Wednesday panel hosted by the PSYCH Investor Summit, Rick Doblin, founder of the Multidisciplinary Association for Psychedelic Studies (MAPS) and Christian Angermayer, founder of Atai Life Sciences, debated the pros and cons around the decriminalization and legalization of psychedelic compounds.

MAPS is a non-profit focused on developing MDMA to treat post-traumatic stress disorder (PTSD). It is the closest of any organization to getting a psychedelic substance approved as a medical treatment by the US Food and Drug Administration.

Atai Life Sciences is the biggest psychedelics company in the world by market value, after its recent debut on the Nasdaq. The company has a $2.7 billion valuation.

“I fear that if we do wider legalization, it could be very detrimental and bad for those who really need it and it could push back the whole effort,” Angermayer said. “Society is like a rubber band. If you hit too hard, it really comes back and hits you back. Let’s go step-by-step.”

Angermayer said that his views aren’t influenced by concerns over market competition and that they don’t represent the views of Atai.

Scientific research into psychedelics blossomed decades ago, before the compounds were prohibited in the US in the mid-1960s.

Today, the research has re-emerged. For-profit companies focused on turning psychedelics into medicines are valued at more than $1 billion, around half a dozen prestigious universities have developed centers focused on psychedelics, and startups are raising hundreds of millions of dollars to build their businesses.

Powerful compounds should be used with trained professionals

Angermayer said that he thinks powerful compounds should be used in supervised settings with trained professionals who know how to properly guide participants.

Otherwise, he said, there’s a risk of something going wrong.

“If you do things too much at the same time, too quickly, it’s going to shift in your face,” he said. “I don’t want that because I think these compounds are so valuable, so let’s get it right.” 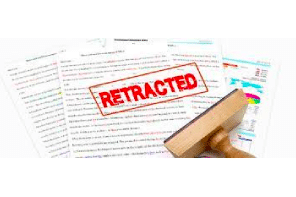