Nearly 37 years after Rick Doblin founded MAPS in April 1986, the organisation’s second Phase 3 study of MDMA-assisted therapy for PTSD has been completed. Reflecting on this significant journey, Doblin discusses how MAPS, and its PBC subsidiary, are looking to strike a balance between the “diametric values” of public benefit and private profit…

On January 5, 2023, MAPS announced that we have completed our second successful Phase 3 study of MDMA-assisted therapy for posttraumatic stress disorder (PTSD), nearly 37 years after I founded MAPS on April 8, 1986. Our current timetable suggests the possibility of FDA approval for prescription use sometime in 2024.

When I started MAPS, I chose to pursue FDA-regulated research into the therapeutic use of a drug that, if approved, I thought would immediately become a generic drug. I sought to open the door for all other psychedelic-assisted therapies for many different clinical indications, solely for public benefit. MDMA and its therapy were in the public domain: the molecule was invented by Merck in 1912; MDMA-assisted therapy for a wide range of other clinical applications had already been conducted by hundreds of therapists and psychiatrists; the specific therapeutic approach to be used by MAPS was developed over the past decades by Stan Grof, M.D., Ph.D., Leo Zeff, Ph.D., and many others; and several processes of manufacturing MDMA had been described and published by Sasha Shulgin, Ph.D., and Dave Nichols, Ph.D. The long-term outcomes I was striving for were changes in public perceptions of psychedelics — changes that would lead to the end of prohibition for psychedelics and other drugs, mass mental health, and a spiritualized humanity.

At the time of the creation of MAPS PBC, I did not anticipate the rise of hundreds of for-profit psychedelic pharmaceutical companies that would follow our research playbook. They also follow the traditional pharma playbook, patenting everything from novel methods of manufacturing psychedelic drug products, to new molecules that may or may not offer advantages over the psychedelics already in the public domain 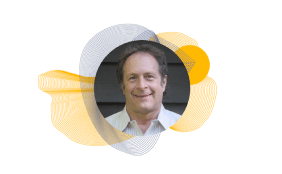