Roxbury NJ says “Cannabis” Not On Our Doorstep

ROXBURY, NJ — Growing and selling marijuana products will be “expressly prohibited” anywhere in Roxbury under a proposed ordinance introduced this week by the Roxbury Mayor and Council.

The proposed law, which would amend the township zoning regulations, is a precautionary measure made necessary by the convoluted way the state Legislature has handled cannabis legalization in New Jersey, said state Sen. Anthony Bucco, who serves as Roxbury’s township attorney.

If approved after a public hearing, the new ordinance would require someone wishing to establish a cannabis business in Roxbury to get a zoning variance.

“That would be very, very difficult because the town made it a prohibited use,” Bucco said. However, he said town officials “could change their minds” and allow such businesses in certain areas once a state commission currently establishing regulations about cannabis businesses finishes its work.

“Once those regulations are established … the town might say, ‘This makes sense in this area,’” Bucco said. Roxbury’s council has not publicly discussed the topic. 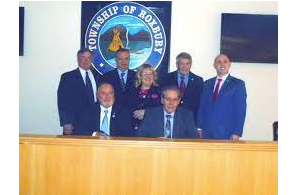