The original legislation (SB305) proposed by Senator Ben Huseo went to the Governor’s desk in 2019 and it was vetoed due to Schedule 1 issues. The same bill is now heading to the assembly again (as SB311) and CLR talks to Ryan’s father and supporters of the bill to dig a little deeper into the issues and why they hope Gov Newsom will give it the green light the second time around. We thank them all for their generosity in answering CLR’s questions.

CLR spoke via email with

Here at CLR we are aware of Ryan’s Law named after late San Diego resident Ryan Bartell but I wonder if you could give us some background about  Ryan, his situation and why it was necessary to  draft legislation initially and why in 2021 a new bill has to be resubmitted to the CA Legislature

Jim: My son Ryan was just 41 when he was diagnosed with stage 4 pancreatic cancer in 2018. He immediately sought conventional treatments of chemotherapy but the cancer had spread throughout his body. Within a month’s time, Ryan required 24-hour care and was hospitalized, where he was given strong opioids , morphine and fentanyl, for his pain management, which mainly put him to sleep. 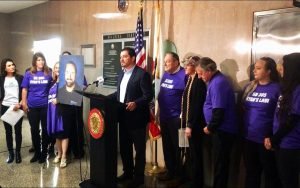 During one of his rare waking moments, Ryan said he did not want to spend his last few weeks sleeping.  He wanted to be able to spend that time with his family and friends. A close family friend recommended medical cannabis as an alternative, to which Ryan agreed. But the hospital advised us that it was their policy not to allow cannabis in the facility and we were forced to find a facility that would allow it, which took us to Washington state.

Once he was able to take cannabis, the changes were remarkable. Ryan was alert and speaking to us, without pain.

Medical cannabis provided Ryan with a quality of life that allowed him to have much needed conversations with his family, and time to reminisce and laugh with his many friends who came to visit. Sadly, Ryan only lived a few more short weeks.

I started the effort for SB311 so that every terminally-ill patient can have the same opportunity as my son: to spend their final days with as much quality and dignity as possible. SB 311 will provide that compassionate access to Californians who continue to suffer without it.

CLR: What  provisions can be found in the new bill that weren’t written into the first version

Larry: The bill was passed previously, Donald Lyman and I testified in support of it’s passing in 2019, but the Governor of California was forced to veto it.  And he was forced to veto it because there was a real concern that the sitting federal administration would pull a hospital’s  medicare provider number in response. 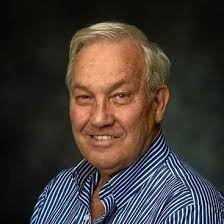 Jim is  bringing the exact same bill back, to pass and go again to the Governor’s desk.  Jim, and everyone who supports him,  are confident that a pathway will be found to see Governor Newsom sign it this time.

CLR: Where are we currently with the current legislation

Dustin:  The bill was approved by the California State Senate’s Health Committee on March 10, and the full State Senate on March 22 , each vote was unanimous in favor of the measure.

Next the bill is scheduled to be considered in the Assembly, where it will first be heard in the Assembly Health Committee.  However the primary challenge to Ryan’s law being enacted remains the same as it was when was approved by the legislature in the previous session, and that is the incongruence of federal and state laws pertaining to cannabis.

This is because of the federal government’s designation of cannabis under Schedule I of the federal Controlled Substances Act, which falsely categorizes cannabis as having a high propensity for abuse and no medical value.  With a population of of 109 million people living across 36 states with legal medical cannabis programs, many of them being patients using state-authorized medical cannabis products to treat conditions ranging from anxiety and chronic pain to PTSD, epilepsy and cancer, it is time for a full-scale update of federal regulations based on the fundamental fact that cannabis is a medicine, and not and Schedule I drug as it is currently defined by the federal government.

We note that Bill Sponsor Sen. Ben Hueso said in a release “Hospitals are caught in the disjoint between state and federal medical cannabis laws and, as a result, patients suffer,”

CLR: For those of us outside the US could you please explain what that disjoint is and why it is necessary to write further CA legislation to cover it

Larry: Hospitals are absolutely in a bind.  Cannabis is federally a Schedule 1 drug, supposedly with no medical benefits.  States take it off Schedule 1 specifically for its medical efficacy.  Hospitals in those states have cover to allow their patients access but they are held back, generally, by one issue.  They risk losing their federal medicare provider number.  If the federal government deems the facility not in compliance, they can withdraw the hospital’s provider number, removing their ability to accept senior and other patients under federal medicare and some state medicaid programs.   We ran into this at Marin General in 2016 when the board passed a resolution I wrote to allow our patients access to cannabis.

As soon as the question lands on the business and legal affairs desk, every hospital administrator gets the same question in response, “Are we prepared to lose our medicare and medicaid patients?”

CLR Is there similar legislation in other states – if so where?

CLR: If advocates in other States wanted to speak to someone involved with the Bill to try and introduce something similar in their own state where do you suggest they start and are their individuals & Organizations in California who could guide them

Larry: Senator Hueso in California is a good person for a legislator to contact and I would recommend that anyone interested contact Jim Bartlett.  They are also welcome to contact me on linkedin or mcpg.com.

CLR: Is Ryan’s Law a piece of legislation that could, should be lobbied in Washington DC as and when a comprehensive omnibus cannabis bill is drafted and presented.

Have the likes of Schumer, Booker and others been approached on this important issue?

Larry: Yes.  This is ultimately what I have been working towards since 2016.  What Jim and many others are working towards.  There is absolutely a pathway to compassionate allowance for cannabis use in hospitals by terminally ill patients. It could be through the legislative wrangling we will see this year or by other means but a path is developing.

The sponsors of the MORE act and the Senators involved with that and previous efforts like the Marijuana Justice Act have all heard these compassionate use stories first hand.  I think what Jim is doing with Ryan’s law will give traction to all of these efforts.

CLR: Is there anything you would like to add with regard to Ryan , the legislation and the 1000’s of other terminally ill patients throughout the US who need access to a better set of solutions than there is currently available.

Larry: All rhetoric aside, Cannabis is widely recognised as beneficial to the pain associated with late-term cancers and terminal illnesses. And, as Jim shared, the benefits come with much better side effects for the patient, when compared to opioids. Patients who are required to spend their remaining time in a hospital should absolutely have access to cannabis.  There are no down sides.

John:  Access for patients feels really close. We’ve been talking about the same thing for years, Larry for more than ten,”patient access is going to happen through compassionate use, pediatrics, veterans, palliative,” and for years it seemed like we were right around the corner but I think we are close to actually seeing this happen.

There is a far more diverse group of medical professionals involved in the conversation now. The man on the street is more educated but so are the Hospital lawyers and administrators, Doctors from far-flung specialties, even medical policy people, legislators etc.. who had very little to do with the cannabis questions until now.

That new group is bringing more and different ideas to the table. Larry’s Medical Cannabis Policy Group is coming together to represent just that. Medical people like Larry who have been part of the conversation for a while and the “new” medical people from other specialties and responsibilities, talking about how to approach this in 2021 and how to bring those ideas to government.

The article on the 2016 efort that Larry refers to; 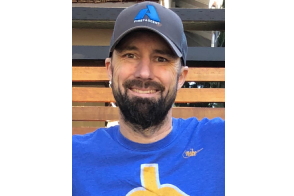