We are still working out how we feel about this story… LSD users possibly flying US Airforce jets it is certainly something to set the mind thinking !

A Sheppard Air Force Base airman pleaded guilty Tuesday in military court to use and and distribution of LSD, a base spokesman said.

Airman Kyle William Juda, 19, was being held Thursday in Archer County Jail on a federal hold, according to online jail records.

A military judge accepted Juda’s plea and sentenced him to 45 days of confinement and forfeiture of $300 pay per month for two months, John Ingle, SAFB acting chief of public affairs, said Thursday.

The judge also sentenced Juda to a reprimand, a reduction in grade from airman first class to airman basic, and a bad-conduct discharge from the Air Force, Ingle said.

On Oct. 19, the 362nd Training Squadron commander preferred one charge with four specifications in violation of the Uniform Code of Military Justice, Ingle said.

To prefer charges in the military means to initiate charges.

Juda was charged with wrongful introduction, distribution, possession with intent to distribute and use of LSD at Sheppard between May 1 and July 9, Ingle said.

In exchange for his guilty plea, Bell agreed to withdraw and dismiss the specifications of introduction of LSD and possession with intent to distribute, Ingle said.

Juda was booked into Archer County Jail just before 6 p.m. Tuesday, according to online jail records. 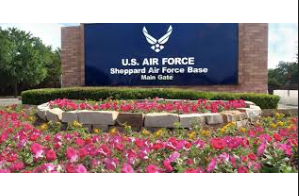