As we all know by now The SAFE & CLAIM Bills have been re-introduced and there’s more than enough commentary to go around.

We start in NOCAL with the

The California Cannabis Industry Association has lobbied for the legislation’s passing for two years.

“We’re happy to see it introduced again. It would give a huge benefit to the legal businesses,” association Executive Director Lindsay Robinson told the Business Journal. “While cannabis is not fully legal (across the nation), these businesses still need banking,” Robinson said. “This is unacceptable.”

“At a time when small businesses need all the support they can get, and after cannabis businesses specifically have been providing essential services and generating significant tax revenues for states and the federal government with little to no financial relief, it is more imperative than ever to get the SAFE Banking Act passed into law,” National Cannabis Industry Association CEO Aaron Smith said.

WASHINGTON, D.C. – On Tuesday, a bipartisan group of lawmakers reintroduced the Secure and Fair Enforcement (SAFE) Banking Act in the U.S. Senate. This legislation, which was introduced by Sens. Jeff Merkley (D-OR) and Steve Daines (R-MT) along with 27 original cosponsors, would protect banks and other financial institutions from federal prosecution simply for providing services to cannabis businesses that are operating in compliance with state laws.

Due to the threat of federal penalties and costly reporting requirements, most financial services companies will not work with state-legal cannabis businesses, forcing the majority of the regulated industry to operate on a cash-only basis. This creates numerous public safety and transparency issues for the industry, law enforcement, government officials, and other service providers, and has led to cannabis businesses being increasingly targeted by criminals with sometimes fatal results.

“No one working in a store or behind a register should have to worry about experiencing a traumatic robbery at any moment,” said Sen. Merkley. “That means we can’t keep forcing legal cannabis businesses to operate entirely in cash – a nonsensical rule that is an open invitation to robbery and money laundering. Let’s make 2021 the year that we get this bill signed into law so we can ensure that all legal cannabis businesses have access to the financial services they need to help keep their employees safe.”

Providing a safe harbor for financial service providers to work with cannabis businesses would also allow for traditional lending, which is currently unavailable to almost all of the industry. This lack of access to capital most adversely affects small businesses and marginalized communities that are trying to break into the industry and thrive in the absence of generational wealth and deep financial networks.

Companion legislation was reintroduced in the House last week. It was first passed in that chamber in a historic floor vote with overwhelming bipartisan support in September 2019, and was included in the language of two subsequent House-approved pandemic relief bills in 2020. The Senate version stalled under the leadership of then-Senate Majority Leader Mitch McConnell (R-KY) despite bipartisan sponsorship prior to the pandemic, which de-prioritized stand-alone cannabis legislation in that chamber.

There are currently 72 senators representing states with comprehensive medical or adult use cannabis laws and whose constituents would directly benefit from passage of the SAFE Banking Act, including 25 Republicans.

“With new Senate leadership now firmly in favor of cannabis policy reform, we are optimistic that this narrowly tailored – but absolutely necessary – legislation will be allowed to progress through the hearing process without delay,” said Aaron Smith, co-founder and chief executive officer of the National Cannabis Industry Association (NCIA). “This bill is a meaningful first step that will have immediate benefits in terms of safety, transparency, fairness, and much-needed economic opportunities while Congress continues working toward more comprehensive solutions to end prohibition and sensibly regulate cannabis.”

Cannabis is legal for adults in 15 states as well as the District of Columbia and the territories of CNMI and Guam, and 36 states as well as several territories have comprehensive medical cannabis laws. The substance is legal in some form in 47 states. Virginia is poised to become the 16th state – and the first in the South – to regulate cannabis for adults after its lawmakers sent legislation to Gov. Ralph Northam for approval last month.

The SAFE Banking Act, reintroduced this week, would expand the cannabis industry and move it away from a cash-only business, which lawmakers describe as a “public safety crisis.”

CLAIM Act Introduced in the U.S. Senate, Would Give Cannabis-Industry Access to Insurance

Senator Bob Menendez introduced the Clarifying Law Around Insurance of Marijuana Act (the “CLAIM Act”) on Thursday, March 18, 2021.  The bill is co-sponsored by Senators Jeff Merkley and Rand Paul, and will be introduced in the U.S. House of Representatives by Rep. Nydia Velázquez.

The CLAIM Act would forbid federal agencies from discouraging insurers from providing insurance to a legal cannabis-related business or political subdivision regulating a legal cannabis-related business.  Federal agencies would also be prevented from taking actions against such insurers or taking any action that would incentivize an insurer to not engage in business with a cannabis-related business.  The bill also provides that insurers and their officers, directors, and employees will not be held liable pursuant to any federal law or regulation.  The bill directs the Comptroller General of the United States to carry out a study on the barriers to entry to the cannabis industry faced by minority- and women-owned businesses.

CLAIM Act Introduced in the U.S. Senate, Would Give Cannabis-Industry Access to Insurance

Like the opening bell on the trading floor of the Stock Exchange, the reintroduction in Congress last week of the long-awaited Secure and Fair Enforcement (SAFE) Banking Act and related Clarifying Law Around Insurance of Marijuana (CLAIM) Act was a call to action for carriers and insurance brokers across the country. Together, the bills create a legal safe harbor for providing financial and insurance services to cannabis-related businesses. If passed, these bills will be a game-changer for banks and insurance companies that wish to engage with plant-touching cannabis businesses and the multitudes of ancillary service providers that support the cannabis industry. Below, we describe how this pending legislation may impact the existing and future cannabis insurance industry and certain types of cannabis-related risks. 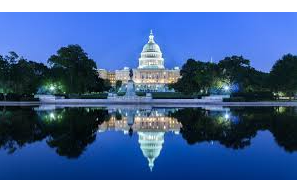