The Californian Reports…..The owner of a marijuana business in Salinas admitted to avoiding taxes and not paying for worker’s compensation insurance, the Monterey County District Attorney’s Office said.

Between August 2017 and June 2018, Herrera owned Holistic Farms, LLC., a cannabis cultivation business in the 2200 block of Alisal Road, just south of Salinas.

The company’s licenses were up-to-date, prosecutors said. But in June 2018, prosecutors uncovered evidence that Herrera had moved her operation to the 2300 block of Alisal, which was not permitted under her licenses.

DA investigators searched the property and interviewed her cannabis processing employees, who acknowledged Herrera paid them in cash.

Investigators then checked tax rolls and discovered she had never paid payroll taxes on employee wages due to the California Employment Development Department, prosecutors said.

Herrera is scheduled to be sentenced Aug. 25 to probation, fines of up to $30,000 and community service, prosecutors said.

Her case is one of several Monterey County prosecutors have sought against owners of cannabis businesses accused of impropriety.

In March, the owners of California’s Top Shelf and Top Shelf Family agreed to a $1.1 million settlement over a lawsuit alleging they’d tried to smuggle marijuana plants out of a grow site to prevent their destruction by authorities. 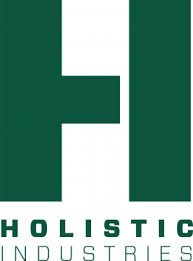