Santa Barbara Police Chief Barney Melekian continued his aggressive approach to the dealing with allegations made by a Los Angeles-based magazine regarding the issuance of cannabis dispensary permits in the city.

Melekian announced the hiring of the Sintra Group, formed in 1997, to conduct the investigation

The organization specializes in public safety administrative and pre-employment background investigations, and is owned by Steve Bowman, a retired assistant police chief and attorney.

The rest of the company, according to a news release, is staffed by retired law enforcement personnel with “years of investigative experience.”

Wagner was the central character in a story that highlighted Santa Barbara’s cannabis dispensary licensing process.

According to the LA Magazine article, Wagner was a former business associate with the owner of San Diego-based Golden State Greens, which was one of the three companies to snag a license.

Noozhawk reported in August that the company sold a controlling interest in the license to Jushi, a Florida company, which recently opened a retail cannabis shop at 3516 State St..

The purchase price for the license was not disclosed, but sources told Noozhawk at the time that the deal was valued between $9 million and $11 million.

Since the story was published, LA Magazine published a correction stating that an individual from Wagner’s past was not involved in the application process for the third dispensary, and “several minor adjustments were made to the text of the story after publication.”

Still, the story forced Melekian, in somewhat of a public relations move, to place Wagner on paid leave to find an outside investigator.

“The department will have no further comment on the investigation until it is completed,” Melekian said. “At that time, we will release the maximum amount of information allowed. We anticipate the investigation being completed in no more than six weeks, barring any unforeseen complications.”

The city has used Sintra group in the past for background checks and other internal investigations. 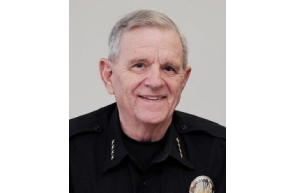