TRENTON – Senator Nick Scutari, the lead sponsor of the legislation that legalizes adult-use marijuana (S-21), issued the following statement today on the enactment of the landmark law to create the organizational and regulatory system needed to oversee the cannabis industry in New Jersey:

“This will usher in a new era of social justice by doing away with the failed policy that criminalized the use of marijuana,” said Senator Scutari (D-Union), the leading advocate of legalizing adult-use marijuana in New Jersey over the past decade. “Too many people have been arrested, incarcerated and left with criminal records that disrupt and even destroy their lives. We don’t want the criminal justice system to be an unfair barrier to success.

“By implementing a regulated system that allows people age 21 and over to purchase limited amounts of marijuana for personal use we will bring marijuana out of the underground market where it can be controlled, regulated and taxed, just as alcohol has been for decades,” said Senator Scutari, the chairman of the Senate Judiciary Committee. “New Jersey will now be a leader in legalizing a once stigmatized drug in ways that will help the communities hurt the most by the War on Drugs and realize the economic benefits of the new adult-use cannabis market.” 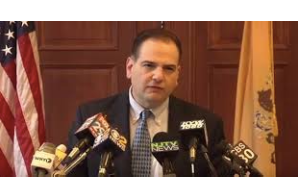