Days after U.S. Department of Agriculture (USDA) rules for hemp took effect, a GOP senator reintroduced a bill that would triple the concentration of THC that the crop could legally contain while addressing multiple other concerns the industry has expressed about the federal regulations.

Sen. Rand Paul (R-KY) filed the legislation, titled the Hemp Economic Mobilization Plan (HEMP) Act. It’s similar to a measure he sponsored at the end of the last congressional session that did not see action.

Hemp and its derivatives were legalized under the 2018 Farm Bill, and industry stakeholders have cheered USDA for quickly developing rules for the market. But they still have several reservations about provisions viewed as unnecessarily restrictive, including some addressed in Paul’s bill.

Arguably the most common complaint that lawmakers have heard from hemp businesses is that the crop is federally defined as containing no more than 0.3 percent THC. They say that’s too low, and so the bill, filed on Thursday, would increase that threshold to one percent.

Bills are generally sent to the Library of Congress from GPO, the Government Publishing Office, a day or two after they are introduced on the floor of the House or Senate. Delays can occur when there are a large number of bills to prepare or when a very large bill has to be printed. 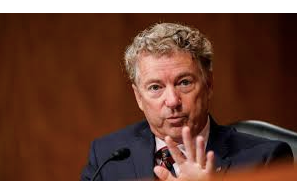