eople with long-term illnesses are still being given prison sentences in Serbia for using cannabis to treat medical conditions, as the government has been stalling on legal reform while vowing even harsher anti-drug enforcement.

Fifty-nine-year old Dragoljub Mrdjic has suffered from epilepsy for most of his life. Few medicines have helped him, but his condition drastically improved after he started treating himself with cannabis oil in 2001.

“I tried standard medicine, but there wasn’t much of a result. But after I started using cannabis oil, I almost stopped having the attacks,” Mrdjic told BIRN.

As cannabis oil from black market is expensive and Mrdjic is poor, he started producing cannabis oil in 2016 to treat himself, his brother, who is also having epileptic attacks, and his wife, who suffers from bipolar disorder.

However, just a year later, he was arrested and sentenced to three years and two months in jail.

His fate is not unique in Serbia. A citizens’ association called the Initiative to Change the Cannabis Legislation, IRKA, says that at least 20 of its members have been given jail sentences for using cannabis for medical purposes, and thousands more have been convicted of possession of a small amount of the plant for personal recreational use.

As long ago as 2015, the government set up a working group to prepare for the legalisation of cannabis for medical purposes, but no visible progress has been made since then, leaving patients who would have benefited from cannabis treatment facing potential arrest and jail.

In December 2020, a United Nations commission, on the recommendation of the World Health Organisation, removed cannabis from Schedule IV of the 1961 Single Convention on Narcotic Drugs, where it was listed as “particularly dangerous” alongside addictive opioids, including heroin. This “opened the door to recognising the medicinal and therapeutic potential of the drug, although its use for non-medical and non-scientific purposes will continue to remain illegal”, the UN said.

But Serbia, a UN member, has still not ratified the decision which could, some experts claim, save some medicinal users from severe penalties. Instead, Serbia’s interior minister has repeatedly given statements that police will even arrest people for possessing a joint, and has emphasised that he favours harsher criminal sanctions when it comes to drugs.

“The state and health officials are not showing any signs of understanding about this matter or changing anything despite medical research about the benefits of cannabis for medical purposes,” said Milos Simic of IRKA.

“Patients are in a terrible situation. They are left to themselves or have to go to the black market, where it is always dangerous and unreliable,” he added.

Some observers believe that the reason for the government’s change of stance on cannabis legalisation is the Jovanjica farm scandal. It was discovered in 2019 that the Jovanjica organic vegetable farm near the town of Stara Pazova was actually a front for an illegal marijuana plantation.

The indictment revealed that the farm’s owner cultivated his massive marijuana crop with the help of at least five members of the Serbian police force, the Security Information Agency and the Military Intelligence Agency. He also had links with the country’s ruling Progressive Party, fuelling allegations about state collusion with organised crime.

It has been suggested that if medical marijuana is legalised, that might suggest to the public that the state had been working with the farm’s owner illicitly, so officials have decided to take a harder line in order to distance themselves from the scandal. 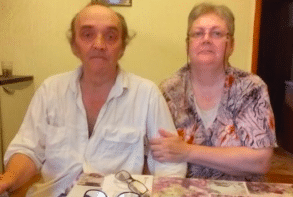