BELGRADE — Serbia’s “legalize it” crowd is sick of getting blown off.

Advocates of medical and recreational marijuana use are accusing President Aleksandar Vucic and other Serbian officials of a double standard after he defended house arrest for an alleged drug baron accused of cultivating the banned weed on an industrial scale.

Vucic recently called the public outcry over Predrag Koluvija’s release from pretrial detention amid an ongoing trial for growing more than a ton of illegal cannabis “very strange.”

“Because he didn’t kill anyone, or there’s no indictment that he killed anyone. He didn’t have 10 tons of cocaine or something like that, but, as far as I understand, a ton of marijuana — which half the region, the Germans and others, has legalized — that he also denies that he had,” the president told TV Pink on October 2.

Koluvija’s 2-year-old case has greatly expanded since the suspected narcotics boss was reportedly stopped for reckless driving while flashing police-style lights and in possession of a fake police ID, eventually leading authorities to 65,000 marijuana plants and hundreds of kilograms of dried cannabis on his farm, which is called Jovanjica. 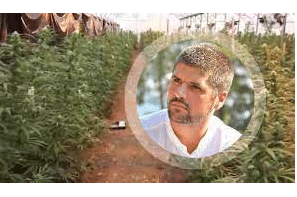