Marijuana remains a Schedule I drug under the federal Controlled Substances Act. However, more and more states and localities are either enacting marijuana laws with express employment protections or resolving court cases in favor of marijuana users. Yet, more than a decade ago, the California Supreme Court held in Ross v. RagingWire Telecomm., Inc., that employers have the right to reject an applicant who tests positive for medical marijuana. Since that time, while California employers have enjoyed some comfort in the ability to enforce their workplace substance abuse policies, lawmakers have been making efforts to amend state law to provide more protections to marijuana users.

To start, in February 2018, a California assembly member introduced AB 2069 (“Medical Cannabis Worker Protections Act”), a bill that would have amended the Fair Employment and Housing Act (FEHA) to require most employers to engage in an interactive process with and consider reasonable accommodations for medical marijuana users. Two years later, AB 2355 was introduced, which would have amended the FEHA to provide express employment protections to medical marijuana users. Both bills failed to advance past committees. However, we never expected this to be the end of the saga in California.

On February 19, 2021, Assembly Member Quirk (D) introduced AB 1256. If passed, the law would prohibit an employer from discriminating against a person in hiring, termination, or any term or condition of employment because a urine drug test revealed the presence of tetrahydrocannabinol (THC) in their system. The bill would exempt employers required to conduct testing for THC in accordance with federal laws or regulations or employers that would lose a monetary or licensing-related benefit for failing to conduct testing for THC. The bill also would exempt employment in the building and construction trades.

If enacted, employers with workers in other types of safety sensitive roles, including those working in healthcare or in non-regulated driving positions, might have to consider modifications to their drug testing programs, including relying on other specimens in lieu of urine. Indeed, Dale Gieringer, director of California NORML, has reportedly said that “the proposal is not intended to prevent employers from using something like a blood test to see if an employee has THC in their system, a sign of recent use of cannabis.” Gieringer also predicts the text of the bill will change as other groups weigh in. The Blunt Truth will provide updates about this pending bill as they become available. 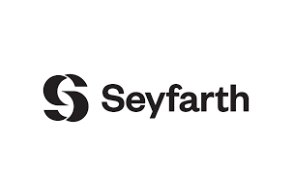