Seyfarth Synopsis: An American athlete has been suspended for one month for testing positive for marijuana and violating the Anti-Doping Rule, putting her ability to represent the United States in the Olympic games in jeopardy.

American athlete, Sha’Carri Richardson, set herself apart on June 19, 2021, by winning the 100-meter race in 10.86 seconds at the U.S. Olympic trials. Richardson was projected to be a high performing contender in the Olympics in Toyko later this month. Unfortunately, due to testing positive for 11-nor-9-carboxy-tetrahydrocannabinol (Carboxy-THC), which is the main psychoactive compound in cannabis, marijuana, and hashish, that may not happen.

On July 2, 2021, the United States Anti-Doping Agency announced that Richardson has accepted a one-month sanction for violating the Anti-Doping Rule. The ineligibility began on June 28, 2021 and by accepting the sanction, Richardson “disqualified, and she forfeits any medal, points, and prizes,” USADA said in a statement. Richardson is the second track and field athlete to accept a one-month sanction for testing positive for THC in recent months. Kahmari Montgomery tested positive as a result of a sample obtained at the Miramar Invitational in April.

With more and more states legalizing cannabis, there is a prevailing question of whether the use of cannabis and hashish should be considered a punishable offense for athletes. In fact, in Oregon, where Richardson used cannabis, it is legal for adults to possess and use recreational cannabis within specified limits. According to the Deputy Director of the National Organization for the Reform of Marijuana Laws, “there exists no scientific consensus that the acute effects of marijuana enhance athletic performance,” NORML said in a statement. Recently, the National Football League and the NFL Players Association have taken it a step further and are now offering to give $1 million to fund up to five research studies on pain management and the effect of cannabinoids on athletic performance in elite football players. The scientific research could produce current data that could potentially lead to breakthroughs and consistent rules regarding cannabis in the sports industry.

Richardson was set to become the first American woman to win the Olympic 100-meter title since Gail Devers in 1996. Regardless of whether she is cleared to compete in Tokyo, this may push the U.S. Anti-Doping Agency to take a hard look at its policies and rules surrounding the use of cannabis. 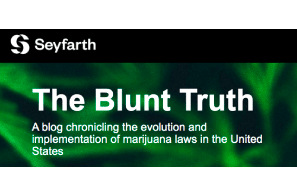