39-year-old Indian origin Malaysian who was caught with a bag of drugs in 2018 has been sentenced to death by a Singapore court for trafficking.

The death sentence comes within weeks as another drug trafficker, a 33-year old Malaysian Indian, awaits the outcome of his last ditch appeal to be spare the gallows while his hanging, originally scheduled for November 10, has been stayed due to COVID-19 infection. Munusamy Ramarmurth, a cleaning supervisor, was convicted by the High Court last Wednesday. He was caught with a bag of drugs in his motorcycle parked along Harbourfront Avenue, according to media reports.

He was caught with 6.3kg of a granular substance, which was found to contain 57.54g of heroin after analysis.

Justice Audrey Lim, in written grounds issued on Monday, explained her decision to convict Munusamy, saying she disbelieved his contention that he thought the bag contained stolen mobile phones.

The judge also rejected his claim that he had allowed a compatriot to store the bag temporarily in the rear box of his motorcycle so that another man could collect it later.

The law provides for the death penalty if the amount of heroin trafficked is more than 15g.

In her 42-page grounds, Justice Lim also rapped investigating officer (IO) Derek Wong for prompting a witness on the stand during the trial, conduct that the judge said was ”inappropriate and unacceptable”.

”Attempting to prompt a witness who is testifying, even on a point which may turn out to be immaterial or inconsequential, is improper and unbefitting of an enforcement officer,” The Straits Times quoted Justice Lim as saying.

The IO had signalled to Sergeant Mohammad Nasrulhaq on two occasions.

He picked up a field diary and showed it to Sergeant Nasrulhaq when the latter was being asked about whether the handover of a duffel bag was recorded.

He also mouthed the word ”diamorphine” when Sergeant Nasrulhaq was asked by the court what the term ”heroin” refers to.

The judge said that while the IO’s conduct did not prejudice Munusamy’s case, the same might not be said in other instances.

Justice Lim said she had directed the Public Prosecutor to raise the matter to the Central Narcotics Bureau (CNB) to take appropriate measures, and to ensure that officers who are involved in investigations are properly briefed and made aware of the boundaries of their conduct in relation to cases pending in court.

Munusamy, who has worked in Singapore for 14 years, was arrested on the afternoon of January 26, 2018, in the cleaners’ room at Harbourfront Centre Tower 2.

He was then escorted to his motorcycle parked at the open-air carpark at Keppel Bay Tower. A red plastic bag, containing bundles of drugs, was found in the rear box of his bike.

During his trial, Munusamy said he had allowed a Malaysian named Saravanan to store the bag temporarily in the box. He said Saravanan told him someone known as ”Boy” would collect it.

Munusamy claimed that he thought the bag contained stolen mobile phones because in July 2017, Saravanan and Boy had asked him to help store some stolen phones in the box.

He said Saravanan told him the items in the bag were ”panas”.

Munusamy said the term meant ”stolen item” although his lawyer, Mahadevan Lukshumayeh, did not dispute that it could also refer to illegal drugs.

Justice Lim concluded that Munusamy’s story was made up.

”I found his claim that he thought the red bag contained handphones or stolen handphones was an afterthought which emerged only at the trial,” said the judge.

She noted that in his statements to Central Narcotics Bureau (CNB), Munusamy made no mention of the alleged July 2017 incident or that the bag would be collected by someone later.

On the contrary, the judge found, Munusamy knew what was in the bag.

She noted that he knew Saravanan was involved in drug activities, yet he did not check the contents of the bag.

Under the law, the court has the discretion not to impose the death penalty if the prosecution certifies that a drug courier had substantively assisted CNB in disrupting drug activities.

”As the prosecution did not issue him with a certificate of substantive assistance… I passed the mandatory death sentence on him,” said Justice Lim.

Meanwhile, Sarmila Dharmalingam, the sister, has urged Singapore to ”give him a second chance” to his brother Nagaenthran K. Dharmalingam who is facing imminent execution despite concerns he is mentally disabled.

Nagaenthran K. Dharmalingam, sentenced to death in 2010 for trafficking a small amount of heroin into Singapore, was originally set to be hanged last week after losing a series of appeals.

Singapore authorities and ministers, led by Prime Minister Lee Hsien Loong, have said and written to their Malaysian counterparts that the 33-year old Malaysian Indian was according all procedures of the law. A Singapore envoy has also addressed the concern about Nagaenthran IQ and death sentence raised in the United Nations. 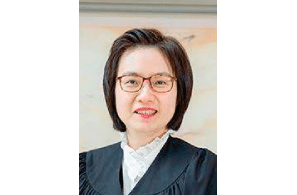