Synthetic cannabinoid consumption is often identified via the detection of biomarkers in urine. These biomarkers are often metabolites of the original synthetic cannabinoid consumed, as these cannabinoids are known for their rapid and extensive metabolism in the human body. Little is known about the metabolite profiles of OXIZID, and their associated biomarkers have not been established yet. This poses a challenge to forensic toxicologists in their attempts to identify OXIZID abusers.

A research team led by Professor Eric Chan from the NUS Department of Pharmacy has collaborated with the Analytical Toxicology Laboratory of Singapore’s Health Sciences Authority (HSA) to investigate the key metabolic properties and identify urinary biomarkers of four OXIZID analogs, specifically BZO-HEXOXIZID, BZO-POXIZID, 5F-BZO-POXIZID and BZO-CHMOXIZID. These analogs were selected as they were identified both in Singapore and worldwide.

The team built on their previously developed research methodology, which couples in vitro biosynthesis of OXIZID metabolites with a comparison and analysis of anonymized urine samples from suspected drug users. 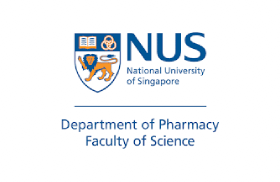