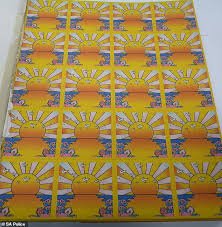 Seizures of LSD Rose By 230% In England & Wales Last Year

The British Home Office has published new statistics about drug seizures in England and Wales for the financial year ending in March 2020.

This marks the highest quantity seized since the year ending March 2005, when a whopping 1,137,000 dose seizures were recorded.

Cannabis was the most commonly seized drug, accounting for 71% of all drug seizures.

Seizures of drugs in England and Wales, financial year ending 2020