KCET CA reports…….Cannabis products from joints to vape cartridges purchased from 11 illegal marijuana dispensaries and delivery services across the Los Angeles area failed safety testing that revealed they contained varying amounts of pesticides so deadly some have been banned around the world, a SoCal Connected investigation found.

The investigation, reported in the Dec. 17 program, tested 36 products, finding evidence of the pesticides Fipronil, Carbofuran, Chlorfenapyr, Dichlorvos, and Paclobutrazol, which the California Department of Pesticide Regulation lists as pesticides that should never be used in cannabis farming.

More than 3,000 times the legal amount of the fungicide Myclobutanil allowed was found on a pre-rolled joint handed out free to customers at Culver City Healing. When heated, the chemical can produce toxic fumes including carbon monoxide, carbon dioxide, hydrogen chloride and hydrogen cyanide, according to the National Oceanic and Atmospheric Administration website.

“I mean, there was so much Myclobutanil on this particular sample, you would think that it was accidentally poured into it,” Keledjian said. “This is a lot.”

Carbofuran, a pesticide banned in Canada and the European Union, and prohibited from use with food crops in the United States, was found in a sample of Dank Gummies purchased at Beverly Medical Collective in Koreatown. A vape cartridge called Asian Fantasy purchased from another business failed for the element mercury, which can cause serious damage to the body.

“These are failing miserably,” Keledjian said. 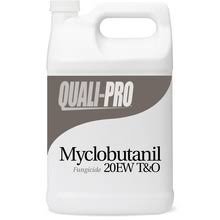