The pending dismissal of 2,735 marijuana convictions was announced Friday as part of a program by Sonoma County District Attorney Jill Ravitch that uses a state software application to evaluate eligibility under a 2016 state proposition reclassifying cannabis crimes.

Proposition 64 reduces some cannabis offenses from felonies to misdemeanors and misdemeanor offenses as either an infraction or no longer illegal.

Ravtich’s office noted that the provisions of the measure have failed to reach many of those affected.

“A combination of factors, including the need for those convicted to file petitions with the court to seek relief, and the lengthy process for said petitions to make it through the courts, slowed the relief the law sought to provide,” the office said in an announcement. “As a result, in 2018 the California Legislature passed AB 1793 which required the California Department of Justice to review state criminal history information, identify those eligible for relief under Proposition 64 to the courts, and the courts to automatically reduce or dismiss eligible convictions by July 1, 2020.”

Sonoma County, using the state’s Clear My Record app, reviewed and interpreted the criminal histories of those convicted from the California Department of Justice.

Ravitch said she chose to offer relief beyond the statute by dismissing the felony convictions her office identified.

“My office has been very committed to working with those individuals seeking relief from marijuana convictions under the provisions of Proposition 64,” she said in a statement. “We understand the burden that has been placed on individuals, families, and communities as a result of cannabis convictions. I do not believe this is consistent with the values of the overwhelming number of people of Sonoma County, and therefore, we are taking aggressive steps to assist those affected.”

The 2,110 people identified will have 2,735 convictions dismissed. Of those, 2,254 charges were felonies and 481 were misdemeanors. 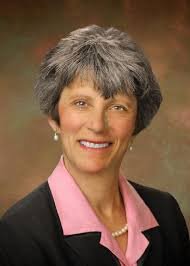