Cannabis growers in California’s famed wine region of Santa Barbara County scored a major legal victory in court over opponents of the growing cultivation sector who had sought to curtail a 22-acre farm, a move that could have had major repercussions for other growers in the area.

“Local governments have the discretion to decide how to allocate their limited budgets, including by focusing their efforts on bringing properties into compliance rather than investigating past violations of legal nonconforming use by those satisfying the zoning restrictions and development standards under the Cannabis Regulations,” he stated. “…Petitioner’s arguments related to the Violations of Planning and Zoning law fail.”

According to the Santa Barbara Independent, a county superior court judge threw out the case this week, which had alleged that the farm in question – Busy Bee’s Organics – violated a state law requiring an environmental review for every MJ cultivation operation, as well as local zoning restrictions.

Here’s the story in the Santa Barbara Independent

In a sweeping decision that puts a seal of approval on the county’s embrace of the fast-growing cannabis industry in rural areas, a Santa Barbara County Superior Court judge this week tossed out a citizens’ lawsuit that sought to shut down a 22-acre cannabis hoop-house operation on Highway 246.

Noting that “this is a very important case,” Judge Thomas Anderle ruled on Tuesday that the county’s environmental review and zoning permit for Busy Bee’s Organics, a mile west of Buellton, were fully in compliance with state laws and county land-use policies. The right time to sue, he said, was back in early 2018, when the county Board of Supervisors certified an environmental impact report (EIR) and adopted ordinances governing cannabis cultivation and licensing.

The judge roundly dismissed allegations by the Santa Barbara Coalition for Responsible Cannabis, the plaintiff in the case, that the county failed to consider or address the impacts of the burgeoning industry on vineyards, orchards, and row crops and instead swept them under the rug.

The coalition was asking the court to halt operations at Busy Bee’s and order the county to review whether the stench of marijuana plants from the expanding cannabis operations west of Buellton, including Busy Bee’s, was hurting the lucrative wine-tasting business; whether conflicts over pesticide “drift” from traditional crops onto cannabis were posing problems for farmers; and whether the smelly gases, or “terpenes,” given off by cannabis could be absorbed through the skins of wine grapes, “tainting” the quality of regional wines.

Anderle complimented all of the attorneys in the case — Marc Chytilo and Ana Citrin for the coalition; Amy Steinfeld, Beth Collins, and Cody Sargeant for Busy Bee’s; and Michael Ghizzoni and Lina Somait for the county — on their “very high-quality” and “professional” briefs. But he said that the defendants’ attorneys had “vastly too many arrows in their quiver, many of which are fatal,” for the coalition to prevail. He agreed with Steinfeld’s contention that the lawsuit was “not about Busy Bee’s Farm” and “appears to be rooted in regret” that nobody sued the county over cannabis three years ago.

“The time for challenging the sufficiency of the original EIR has long since expired and the question is whether circumstances have changed enough to justify repeating a substantial portion of the process,” Anderle stated. He concluded that no additional environmental review was required.

In a written statement on Tuesday, Sara Rotman, a co-owner of Busy Bee’s and a defendant in the case, said that Anderle’s ruling was “clear, well-reasoned, and sends a strong message that misusing environmental lawsuits as a weapon against the most sustainable and regulated crop in the world is a losing strategy.”

“The path to this legal victory has been long and, at times, painful,” she said. “I’m anxious to return to farming full-time instead of spending so much time fighting off meritless litigation.”

Blair Pence, the coalition president and the owner of Pence Vineyards & Winery on Highway 246, west of Busy Bee’s, said Tuesday that the group would appeal the ruling.

“It is certainly disappointing that the court summarily dismissed the opportunity to fix something that has gone so far awry,” he said.

The 30-day statute of limitations on a challenge to the cannabis ordinances after the board’s vote on Feb. 27, 2018, appears to have been the county’s strategy from the start, Pence said. “‘Act fast and quietly, hoping nobody understands before it is too late.’ Hopefully, an appeals court that is independent of local politics will see things differently.” 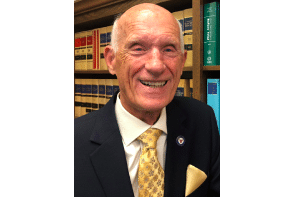