Since 2018, there have been millions of dollars raised in cannabis-focused special purchase acquisition companies, or “SPACs”. A SPAC is effectively a “blank check” company with no operating history or assets. A SPAC is formed for the purposes of raising capital in an initial public offering (IPO) and using that capital to acquire an existing business and take such business public in what is referred to as “de-SPAC” merger transaction. The funds from the IPO are held in trust for a period of time following the IPO, usually up to 24 months, until they are used to acquire and operate an existing business. If there is no de-SPAC transaction completed within the specified timeframe, the SPAC is then liquidated.

The viability of a SPAC and the ultimate success of the company following a de-SPAC transaction, is, in large part, dependent upon the reputation of the SPAC sponsor. Typically, the sponsor(s) is an experienced team of individuals with significant industry experience and knowledge that will ultimately be relied upon once a target business is acquired. For example, Joe Caltabiano, former CEO of Cresco Labs, and Peter Kadensand, former CEO of Green Thumb Industries, are involved in Choice Consolidation Corp., a SPAC that raised $150 million in its IPO in February 2021. In other cases, the sponsor is a backed by a celebrity seeking to get involved merely as a source of capital. Before there is a de-SPAC acquisition, the sponsor’s role is to provide the financing necessary to form the SPAC and pay expenses arising out of the initial public offering of the SPAC.

For an existing cannabis company that are potential targets for a de-SPAC transaction, an acquisition by a SPAC offers several benefits over a traditional IPO transaction, including (1) cost savings compared to the traditional IPO process, (2) more leverage to negotiate its purchase price compared to a determination of pricing by underwriters based on the market demands in a traditional IPO, and (3) typically a company has little recourse if traditional IPO fails and is not commenced, whereas in a de-SPAC transaction, a company can negotiate for break-up fees to reimburse the target for acquisition related expenses if the transaction is not completed. By way of example, WeedMaps and Clever Leaves were acquired and went public through a de-SPAC transaction in 2020. It is important to note that, to date, many of the cannabis-focused SPACs have been formed as Canadian corporations where cannabis is legalized. To the extent cannabis-related SPACs register in the United States, SEC filings generally disclose that the investment criteria for any target entity will be limited to companies operating in compliance with all applicable laws and regulations under the jurisdictions in which they are located and do not otherwise operate in violation of U.S. federal laws, including the U.S. Controlled Substance Act. Until there is movement in the federal policy to legalize or otherwise de-schedule cannabis as a Schedule 1 narcotic, SPACs have had to delist their securities from any U.S. exchange upon an acquisition of a plant-touching company (such as a cultivator, processor or dispensary) and relist such securities on a Canadian exchange.

As companies continue to consider the viability of raising capital through SPACs and entering into de-SPAC transaction, it will be important to track SEC guidance on SPAC registrations and disclosures. The SEC recently released guidance regarding the treatment of warrants issued in connection with a SPAC IPO. Such warrants are typically later exercisable for common shares at a predetermined price and used to incentivize early investor participation. The SEC’s guidance views these as liabilities of the SPAC, which could hurt the balance sheet and ultimately affect the ability of the SPAC to consummate an acquisition. Additionally, the SEC has warned of additional scrutiny in reviewing forward-looking projections and accounting disclosures for blank-check offerings that could have a cooling effect on the SPAC market going forward.

Please stay tuned to our blog for updates on cannabis industry SPAC transactions and other related developments from the SEC. 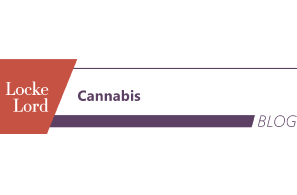