Spain: activist leader of cannabis associations takes his case to the European Court to avoid going to prison

Albert Tió, sentenced to five years for a marijuana intervention in his club, trusts that his case will serve as a “revulsive” to advance the regulation process in Spain

The case of Albert Tió , one of the leaders of the movement for the regulation of cannabis in Spain sentenced to five years in prison after a marijuana intervention in a user club in Barcelona, ​​will arrive in Strasbourg . After the Constitutional Court did not admit the appeal against his conviction, the one who was one of the promoters of the law on cannabis associations in Catalonia will request the protection of the European Court of Human Rights.

Albert Tió was the secretary of de Airam, one of the largest cannabis associations in Barcelona, ​​with about 4,000 members, to which in February 2014 the Mossos d’Esquadra intervened in a warehouse in L’Hospitalet de Llobregat the plants with which the entity was supplied. As a result of that operation, Tió and two other directors were convicted of crimes against public health and illicit association by the Provincial Court of Barcelona, ​​a sentence later ratified by the Supreme Court.

The Constitutional Court has now declared admissible the appeal filed against the conviction, the latest court cartridge was left in Spain to prevent the entry into prison, so has decided to appeal to the European Court of Human Rights seeking the protection that He has not found in our country, as Hector Brotons, director of the Brotsanbert law firm that handles his case, has informed this newspaper.

The appeal before the Court of Strasbourg will affect the reality of user associations in Spain and the role they have played in improving the health and social conditions of marijuana use, to whose regulation Tió himself as president of the Federation contributed Self-regulated Cannabis Associations of Catalonia (Fedcac) and one of the promoters of the popular initiative that gave rise to the cannabis clubs law approved by the Catalan Parliament in 2017, later declared unconstitutional due to the invasion of state powers following an appeal by the PP.

In addition, according to Brotons, in the appeal they will raise, among other aspects, a violation of the rights to autonomy and personal dignity contained in the European Convention on Human Rights, the disproportionate penalties imposed on the Catalan activist, the ambiguity of current regulations around the part of the plant that is controlled and the progress that has been made in the regulation of cannabis user associations that has already been carried out in other countries.

However, Strasbourg is not the only way that Albert Tió has left to try to avoid entering prison at the age of 53, being the father of three minor children. The resolution on the request for pardon that he sent to the Government last February and for which he has already collected 13,800 signatures of support is still pending , including those of deputies in regional parliaments and the Congress of the PSPV-PSOE, En Comú -Podem, Esquerra Republicana, IU, Bildu and More Country.

Read the full report at  https://www.publico.es/sociedad/albert-tio-lider-activista-asociaciones-cannabis-lleva-caso-tribunal-europeo-evitar-entrar-prision.html 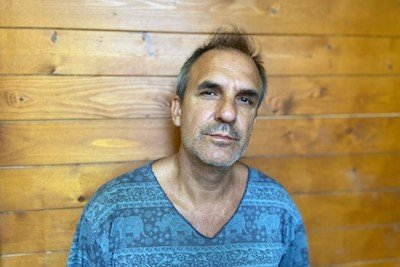