The deadline is over. This Tuesday they were fulfilled six months since the Health and Consumption Commission of the Congress of Deputies approve the opinion of the Medicinal Cannabis Subcommittee and that was the time I had the Spanish Agency for Medicines and Health Products ( Aemps ) to perform “the necessary work so that the aforementioned recommendations fit into the regulations and are viable, allowing the availability in the pharmaceutical market of standardized extracts or preparations of cannabis, “said the report.

According to sources from the Aemps said to this newspaper days ago, the roadmap is well advanced and the Agency’s idea is to meet the deadline, so they intend to publish it before the end of the year or the first days of January. “Everything indicated by the Subcommittee has been collected, and it has been collated with all the guides of the European Union and models from other countries. It is being seen in the best way guaranteeing the quality, safety and efficacy of the medicine, avoiding illegal use. Despite that we know that not everyone will be happy, we have to act as a scientific-technical body“, They pointed out from the Aemps and stressed that it is not the final regulatory framework, but where it is headed.

Although you have to wait to see the indications published by the Aemps, patients are concerned that they recognize that it is a great step that has been taken, but they fear that when it comes down to reality it will be useless.

“We are very happy because since 2017 when we started this process we are finally going to see the result, there are five years of battle in Congress that have borne positive fruit. But there is a chaos of information and disinformation, Many people take it for granted that it has been in force since June or will have it soon and we really see that it is not. So our message is: please do it well in a timely manner, make it easy for doctors and pharmacists, try to give all possible avenues, as many indications as possible so that the patient is always protected, which is what we all seek“, emphasizes Carola Pérez, president of the Spanish Medicinal Cannabis Observatory ( OECM ), association made up of patients, researchers and doctors.

After approval in June by the Subcommittee, the Observatory held a meeting with María Jesús Lamas and Manuel Ibarra Lorente, director and head of the Aemps Department of Drug Inspection and Control, respectively. We made ourselves available to them in case they wanted more experts because we not only work in Spain, but we also collaborate with international organizations and scientific associations that work with cannabinoids. We offered all that evidence and experience, and they told us that the technicians were going to be in charge. There is supposed to be a patient in the expert group, but we don’t know if this has happened“, assures Pérez.

Apart from disappointment at this issue, at that meeting the Observatory tried to transfer the concern of patients that a very restrictive model will be made where access is not easy or fast and at the end the patient continue to resort to the black market, without a minimum guarantee of security. “The pain will not wait. And the patient with chronic neuropathic pain, the one with sclerosis or the one with cancer and chemotherapy, needs to sleep, needs to eat and alleviate his pain, and he is going to resort to the black market, “says Pérez.

The president of the Observatory stresses that it seems incredible that they have found estates and sectors of society “rigid, opaque, inaccessible”, being highly assumed by society that there are different uses, “just as heroin is understood to be one thing and morphine is another and they come from the same plant, which is the poppy”. A few days after knowing the content of that roadmap, Carola Pérez analyzes some of the aspects that concern the most to patients.

SIMPLE MODEL THAT DOES NOT DEPEND ON THE POSTAL CODE

For the Spanish Medicinal Cannabis Observatory, the model must be “very simple”. “For both the patient and the doctor to prescribe it because there are many times that if the bureaucracy that the doctor has to do is very complicated, because in the end they will not choose the cannabinoids as treatment, and that the greatest possible indications are prescribed because if not, that patient will go to the black market the same, but without the adequate safety and traceability environment”, Pérez explains, who adds that cannot “depend on the postal code because then there will be patients in different conditions, some who have it easier and others complicated”.

BEING THE LAST SHOULD HAVE ADVANTAGES

All European countries except Belgium and Spain had already legislated on the subject of therapeutic cannabis. Being the last can have advantages to “take advantage of its mistakes and successes, transferring it to the model of Spain with the autonomies, because that is going to be another question. But since we are the last, you can see what has gone well and what has gone wrong in other countries, what can be improved and make an affordable model. But after the meeting with the Aemps, and in the absence of reading the document yet, the feeling we have is that we have been working on this law since 2015 and in the end it will be so restrictive that it will not be useful for the patient“, Pérez advocates.

USING THE FLOWER WITH THE VAPORIZER AS A RESCUE

“One of the issues that we were already told was going to be difficult to include is the use of the flower with the vaporizer as a rescue. We asked the Agency that we did not understand very well why this will not enter if is in the rest of European countries and the evidence that other countries have used is one. We also don’t understand that the Aemps is giving licenses to grow cannabis flower for that flower to be inhaled by patients in other European countries and the world and here, on the other hand, where there are also standards to produce this flower with the strictest GMP quality in Europe ( to ensure product safety ), will not include it in the uses. If things are not done well now, it will take a long time to correct them”.

ONLY SPECIALISTS, NOT FAMILY DOCTORS

Already in the report of the Subcommittee in June it was indicated that the prescription will only be made by specialist doctors, which in principle leaves out family doctors. “The primary care physicians made statements saying that they also wanted to prescribe, that they are not allowed to make no sense. ¿Why a GP who me prescription opioid, antidepressant and benzodiazepine doses cannot learn to manage cannabinoids as one more treatment? That would make everything go faster and more accessible, “says Pérez.

In this sense, the OECM president gives the example of some pain relief treatments, such as intravenous ketamine, “for which there is a year of waiting list at the Hospital La Paz, for example. Or it is done privately, which is 3,000 euros in a Barcelona clinic ( and in many cases it will be necessary to add transfer and stay ), or there are no options because not everyone has that money”. “If family doctors don’t prescribe too, only specialists – Pérez concludes – seeing how Health is right now with one-year waiting lists for urgent treatment, we don’t even want to think how long will it take for the first cannabis oil to come out of a hospital…“.

PRESCRIPTION IN PUBLIC HEALTH, BUT NOT IN PRIVATE HEALTH

That of primary care physicians is not the only inconsistency in prescription, another major occurs if only public health is recognized. “¿Why can’t private hospitals prescribe if some specialists work in the public and private morning in the afternoon? He is the same specialist with the same training, but in the morning he can prescribe medicinal cannabis and in the afternoon in the private one, not. Chiron or HM clinics, for example, have their own pain units, put neurostimulators or intravenous ketamine, do all the same treatments, but with cannabis it will not be like that, “argues Pérez, who adds that this situation will only cause fatten the waiting lists moreof public hospitals, saturate them more.

DISPENSATION ONLY IN HOSPITAL PHARMACIES, NOT COMMUNITY PHARMACIES

No less important is the dispensation. “Limiting her to the hospital pharmacy seems like another mistake. Getting closer to the neighborhood pharmacy next to your house is not the same as having to go to the hospital, which is not always close, to pick up a medicine. Yes also community pharmacy already dispenses opioids, benzodiazepines or antidepressants, they are used to working with narcotics, not allowing cannabinoids to be dispensed is not trusting their professionalism and work ( apart from the fact that without a prescription they will not be able to give it to you, just like an opioid ) and nonsense”.

In addition, Pérez cannot avoid certain doubts: “If any political group believes that what the Aemps collects is insufficient or does not agree and back it down, do they, ¿Does that mean you have to start again from scratch?”. Waiting to see what the Medicines Agency report includes or does not include, cannabis is not going to be an immediate reality to relieve pain in chronic patients because it takes time to start all the machinery, train doctors ( and perhaps pharmacists ), etc. But regardless of the time factor, patients need the law to be really useful. Legislating just to breastfeed and make a restrictive law that prevents or hinders access to patients in the end will only increase their pain. 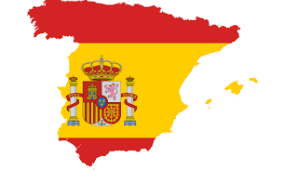