A Virgin Islands Port Authority officer and an airport ramp worker pleaded guilty to loading a suitcase full of cocaine on an airplane bound for Puerto Rico, officials said Wednesday.

Officer Wayne Jeffers, 52, loaded a bag containing a dozen bricks of cocaine onto a ladder truck at the Henry E. Rohlsen Airport on May 11. Later that morning, Charles Rawlins, III, 39, put the bag on a baggage cart to be loaded on a Seaborne Silver aircraft. Customs and Border Protection Officers found the drugs, which weighed more than 26 pounds. Both men were arrested.

The arrest came soon after the arrest of Andrew Fahie and Oleanvine Pickering Maynard for an alleged smuggling plot. The then-British Virgin Islands premier and the head of the territory’s Port Authority were arrested in Miami for allegedly agreeing to smuggle millions of dollars worth of cocaine through Tortola. 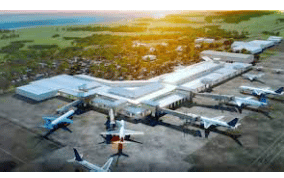