Cannabis (ganja) and hemp (ganchong), both of which are varieties of Cannabis sativa, will be promoted as new cash crops to help move Thailand’s economy forward in the future.

The Ministry of Public Health organized a three-day event, known as \”360–degree Cannabis and Hemp Fair for the People,” at the Buri Ram International Circuit in Mueang district, Buri Ram province, on 5-7 March 2021.

The event provided the people with proper knowledge and better understanding about cannabis and hemp for medical use and how they would bring economic benefits to the people and their communities.

Buri Ram province was selected as a model to mobilize efforts to proceed with the Government’s plan on cannabis for medical purposes and on the promotion of cannabis and hemp as new cash crops.

Deputy Government Spokesperson Traisulee Traisoranakul said that the Government’s policy of cannabis and hemp promotion aims to add value to the plants and generate more income for farmers and entrepreneurs.

As for the policy of cannabis liberalization, Ms. Traisulee said that progress has been made on this issue, as an announcement issued by the Ministry of Public Health removed parts and extracts of cannabis and hemp for medical purposes from Category 5 of the Narcotic Act B.E. 2522 (1979), except flowers and seeds. The ministerial announcement came into effect on 15 December 2020, one day after it had been published in the Royal Gazette.

Households are now allowed to grow six cannabis plants for making food and cosmetic products to supplement their income, but they have to comply with related laws and regulations and seek permission from the Food and Drug Administration. 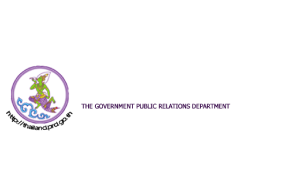