Maybe.. just maybe, at long last investors are beginning to work out that these companies aren’t actually doing much because  A) The TGA’s processes are so laborious B) It seems to take forever to grow some weed (the black market manages to get about 3-5 crops a year!)  C) Some of the stuff that comes out of the mouths of ASX medical cannabis companies C-suite bods  is just excruciatingly mindless and then D) the so called market leader can’t even send some money online to a contractor without it being snaffled by hackers on the way through and so it goes on and on.

There’s a song by early 1980’s Scottish band Orange Juice that sums it all up….

Here’s what Stockhead have to say about the ASX numbers on the board.

April 20 has come and gone, but ASX cannabis companies aren’t getting that high — they’re actually low.

Of the 36 pot companies in the space, 27 have lost ground over the last fortnight. Just seven have advanced.

Gains were led by Wide Open Agriculture (ASX:WOA), which was up 28.3 per cent to 93c — and nearly sevenfold from a year ago — as it works to commercialise plant-based proteins, foods and beverages.

Incannex Healthcare (ASX:IHL) was the second-biggest gainer in the period from April 8 to April 22, up 27.9 per cent to 27.5c following a positive meeting with the US Food and Drug Administration about its plans for its cannabis-based drug candidate IHL-675A, which it hopes to register as a treatment for lung inflammation, irritable bowel disease and rheumatoid arthritis.

IDT Australia (ASX:IDT) rose 12.3 per cent during the fortnight to 41c, as the market awaits word on whether the pharmaceutical company will be asked to help produce the AstraZeneca COVID-19 vaccine.

On the flip side, Medlab Clinical (ASX:MDC) was the biggest loser, falling 20.8 per cent despite making progress on its NanaBis observational study on using cannabis to treat cancer-induced bone pain. 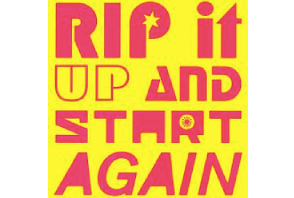