A study published in the scientific journal Addiction provides the most comprehensive evidence to date of the association between recreational cannabis laws (RCLs) in US states and responses in the illegal markets for cannabis, heroin, and other drugs in those states.

As of 2021, 17 US states and the District of Columbia have implemented RCLs that allow people aged 21 and older to possess, use and supply limited amounts of cannabis for recreational purposes. This study found that the implementation of RCLs was associated with the following responses in the illegal drug market in those states:

Lead author Dr. Angélica Meinhofer (Assistant Professor of Population Health Sciences at Weill Cornell Medicine) says “Our exploratory findings suggest that markets for illegal drugs may not be independent of legal cannabis market regulation. As more states move towards legalization and additional post-RCL implementation data become available, we’ll need to do more research to determine whether recreational cannabis laws cause those changes in the illegal market and what happens in the long-term.”

This study used a difference-in-differences analysis of the staggered implementation of RCLs in 11 states to compare changes in outcomes between RCL and non-RCL states. This study used crowdsourced data from Price of Weed and StreetRx on the price and quality of illegal drugs, which may be subject to error and sampling bias.

/Public Release. This material comes from the originating organization and may be of a point-in-time nature, edited for clarity, style and length.
Read full Story https://www.miragenews.com/new-study-of-how-us-recreational-cannabis-561218/
THE REPORT

In the United States, 15 states and the District of Columbia have implemented recreational cannabis laws (RCLs) legalizing recreational cannabis use. We aimed to estimate the association between RCLs and street prices, potency, quality and law enforcement seizures of illegal cannabis, methamphetamine, cocaine, heroin, oxycodone, hydrocodone, morphine, amphetamine and alprazolam.

We pooled crowdsourced data from 2010–19 Price of Weed and 2010–19 StreetRx, and administrative data from the 2006–19 System to Retrieve Information from Drug Evidence (STRIDE) and the 2007–19 National Forensic Laboratory Information System (NFLIS). We employed a difference‐in‐differences design that exploited the staggered implementation of RCLs to compare changes in outcomes between RCL and non‐RCL states.

Eleven RCL and 40 non‐RCL US states.

The primary outcome was the natural log of prices per gram, overall and by self‐reported quality. The primary policy was an indicator of RCL implementation, defined using effective dates. 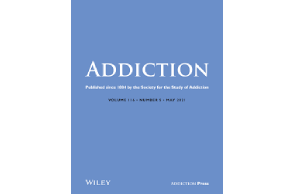