An incredible, first-of-its-kind trial testing the pain-killing properties of LSD microdoses has delivered the compelling suggestion that tiny, non-psychedelic doses of this infamous drug could serve as an effective analgesic. Says the report

This new study, led by researchers from Maastricht University with assistance from the Beckley Foundation, is the first clinical trial to revisit this topic in more than 50 years. Unlike Kast’s prior work, this new research focused on microdoses of LSD rather than larger, actively psychedelic doses.

“From a medical point of view, controlled research on the efficacy of LSD in pain management should focus on non-hallucinogenic, low doses of LSD, which are more manageable and thus preferable over treatment with high doses of LSD that produce full-blown psychedelic effects,” the researchers explain in their paper.

The double-blind, placebo-controlled trial recruited 24 healthy subjects, each of whom took part in four separate experimental sessions, separated by at least five days. Three different LSD microdoses were tested (five, 10, and 20 micrograms) alongside a placebo.

During each experimental session, the subjects completed a Cold Pressor Test (CBT) at two time points following dosing: 90 minutes after and five hours after. The test basically involves plunging one’s hand into a tank of water at 3 °C (37.4 °F). Pain tolerance is measured by combining the amount of time one can hold their hand in the cold water, with a series of subjective ratings regarding painfulness.

The researchers described the results of the study as “remarkable”, with the 20-µg-dose group revealing prolonged improvements to pain tolerance compared to both lower doses and placebo. The results were sustained across both time points suggesting the analgesic effect is just as prominent five hours later as it is within the first 90 minutes.

“The current data consistently indicated that LSD 20 µg significantly reduced pain perception as compared with placebo, whereas lower doses of LSD did not,” the researchers write. “LSD 20 µg significantly increased pain tolerance (i.e. immersion time) by about 20%, while decreasing the subjective levels of experienced painfulness and unpleasantness.”

So what exactly is going on here? Is LSD just distracting people from the acute pain, or is it actually inhibiting pain signaling through a more direct pharmacological mechanism?

Kast hypothesized 50 year ago these analgesic effects were the result of LSD reorienting attention away from pain sensations to a more encompassing psychedelic experience. While that hypothesis certainly is reasonable when high LSD doses are administered, it doesn’t really explain the results seen in this new microdose trial.

The researchers do note a small correlation between increasing levels of psychedelic disassociation and greater pain relief in their results, but the association was weak. They estimate it accounting for no more than six percent of the variance in analgesic results.

A variety of possible alternate hypotheses are presented in the new study, from pharmacologically influencing specific brain receptors known to mediate pain sensation, to triggering a condition called hypertension-associated hypoalgesia whereby blood pressure rises can lead to a diminished perception of pain.

“… an extended dose-finding study is needed to determine the dose at which analgesic effects of LSD are optimal, i.e. when efficacy is maximal and mental interference is minimal,” propose the researchers. “Such a study could potentially explore the trade-off between increments in treatment efficacy and psychedelic symptoms in a low to medium dose range (i.e. 20–50 µg LSD).”

Perhaps the most intriguing finding in the study is the observation that the analgesic effect seen in the 20-µg LSD group is comparable to what prior studies have seen with in the same cold water pain test for opioids such as oxycodone and morphine.

Needless to say, a great deal more research is needed before these results can be extrapolated into any real-world clinical treatment. Will these LSD microdose results translate into pain relief for chronic pain sufferers? Or is this kind of analgesic best for certain types of acute pain? What are the safety issues surrounding long-term use? Does a tolerance eventually build to low-dose LSD?

At the very least these promising results suggest further clinical trials are necessary as modern researchers slowly catch up with where the science was half a century ago.

The new study was published in the Journal of Psychopharmacology. 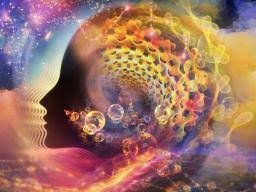